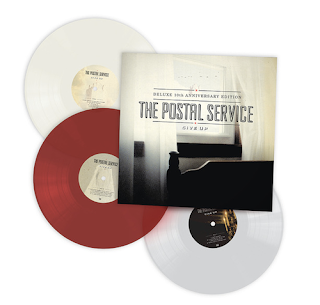 The reunited duo of Ben Gibbard and Jimmy Tamborello, aka The Postal Service, fresh from playing Coachella, have just announced some new West Coast dates including a stop in San Diego at the Open Air Theatre  on the campus of SDSU on Sunday July 21. Accompanied throughout the tour by Rilo Kiley singer Jenny Lewis, and the opening band will be the recently formed supergroup Divine Fits. Tickets go on sale to the general public on Friday April 26 at 10 a.m. through Ticketmaster. Presale tickets will be available tomorrow Wednesday April 24 at 10 a.m. via the band's website,
http://postalservicemusic.net/tour/