Win Tickets to Jack Daniel's Live At The Landmark!

Jack Daniel's is already one of my favorite brands for all they do for music...I mean, as the main sponsor of SoundDiego, SoundDiego Live and SoundDiego TV, they kinda keep my freelancing wheels rolling, but aside from that, I like to throw back some Tennessee whiskey every now and again, too. They've initiated a new series called "Live at the Landmark", where they host great bands at American landmarks across the country, including the Playboy Mansion in L.A., St. Louis' Gateway Arch, Grand Central Terminal in NYC, and Pearl Stable in San Antonio, Texas. 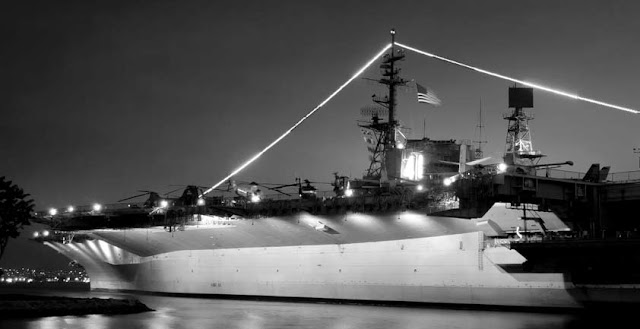 Why YOU should care about this is that the series lands here in San Diego aboard the USS Midway this Sunday, April 14. Tickets were free and given as a lottery among registrants, but that has since closed, so I may be your only hope. I am being overnighted 5 pairs (maybe 10 pairs) of tickets to the event. Since so many of you thought I was the 91X Ticket Thief and were tracking my moves, once I have the tickets in hand, I will announce via Twitter, Facebook, and here on this site that I have them. You will have to track me down through my check-ins...could be at The Evens at the Irenic, could be at M-Theory, a park, a taco shop, the Casbah, or any of my other many haunts and just ask for them. I'll keep you updated as long as I have them. Anyway, stay tuned!

The U.S.S. Midway’s working days are behind her now. No longer does she patrol the seas protecting the great American ideals of life, liberty and the pursuit of happiness. She is now a floating landmark, a living museum dedicated to veterans everywhere. On April 14th, Jack Daniel’s second Live at The Landmark concert will be live on the Midway and benefitting the U.S.S. Midway Museum. For 21 years, the roar of her flight deck has not been heard, but on April 14th, the roar will return.