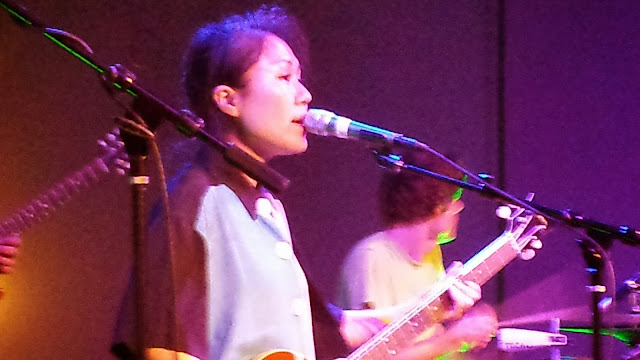 Wow. I've been waiting to see this act for a while... quirky rhythm drum beats lead the way, dreamy follow-the-bouncing-ball, english-as-a-second-language type vocals, with a mostly upbeat wash of guitars or basses...all of this in one band- DEERHOOF.


I loved their stage set up, having singer and drummer in front with guitar players or bass players holding down the back of the stage. Every song seems to revolve around the drums which punch, click, and drag the controlled noise between picturesque compelling vocal scenes, one after another. Just when you think they have departed into the realm of “Jammy noise”, an outburst of drums suddenly snaps the entire room into another quiet dreamscape-intimate vocal. Everyone took a turn at the bass, with one or two guitars. Singer Satomi Matsuzak's voice sounds a little like a child playing in a sandbox and singing and doesn't know you are listening. She also sounds amazingly sharp with her visually stilted rhythms and opaque melodies. She also does leg kicks above her head when it's her turn to play the bass.

This show could have gone either way since they have such an extensive catalog with divergent material. It was great. Everything you want from them and a little more (maybe that you don't want.) Of course they don't play their radio “hit,” “The Trouble With Candy Hands". But they do play some of their best material off the most recent albums (“Breakup Song,” and “Deerhoof vs. Evil") and some more obscure songs, too. They also mix in an indie-prog-rock version of “I Don't Want to be a Pinhead No more!” and an appropriately poignant version of The Velvet Underground's “ All Tomarrow's Parties” to shatter our expectations.

The VU song was cute (since another member of that band died lately) with Satomi appearing to read the lyrics from a hand written sheet given to her on stage by another band member. Everyone clapped, and she smiled.

Before the encore, the drummer took the mic for an enjoyable extended rambling stand up comedy interaction with members of the audience. Nice.

There is no place I would rather see live music then at North Park's Irenic, with it's soaring spacious ceilings and it's middle 1940's charm. More please. I can't wait to see them again.

BTW ... I really got a chance to know people while waiting in the merch line, because the drummer who was selling their merchandise was also taking the chance for long form conversations with each of the dozen or more people who were picking up vinyl, shirts, and compact discs in the line in front of me. Seriously... buy your shirts and move to the side, we all want to buy. Special thanks to whatever member of Cuckoo Chaos and GF helped me to pass the time in the SLOWEST MERCH LINE EVER.

The photos are from my mobile, but there's more after the jump. 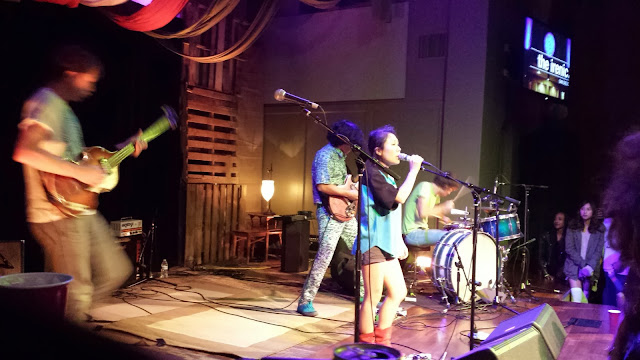 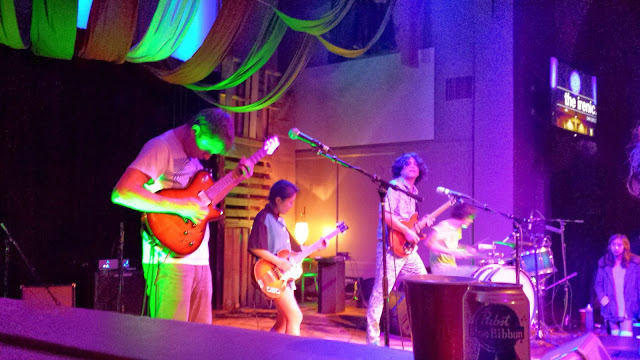 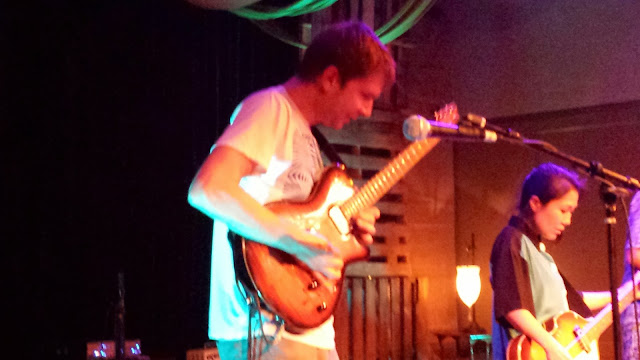 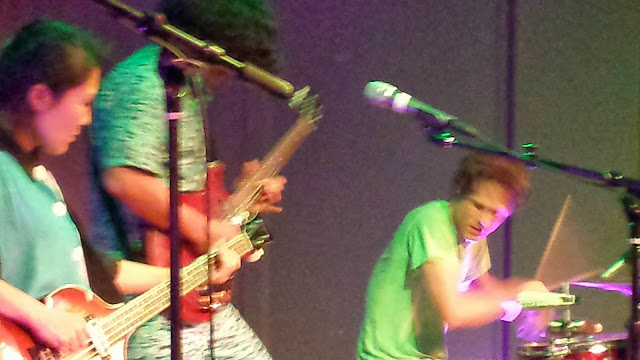 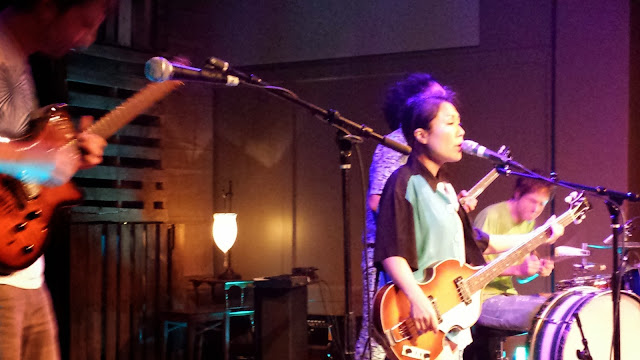