I had a pretty great weekend, though I missed Savages which, according to at least three people, was the best Casbah show of the year. But I just couldn't muster the energy since I'd be out every night since Wednesday. On Friday we went to an afterschool swim party, then the San Diego Magazine Best of San Diego Party and then to see Morrissey at the Observatory. On Saturday we spent the day with my sister and nieces at Law Street where Nova actually got up on a surfboard for the first time. I'm gonna have to work on my surf photography, apparently. Afterward, we had an awesome dinner at Mona Lisa and I went to the Casbah then Bar Pink with Eric, my NBC cohort. Sunday was great, too, with an afternoon at Shelter Island with my family and dinner at Point Loma Sea Foods. I would have liked to go to Savages, but I had to get all of these listings done and just couldn't pull the trigger. Monday and Tuesday archives are after the jump. 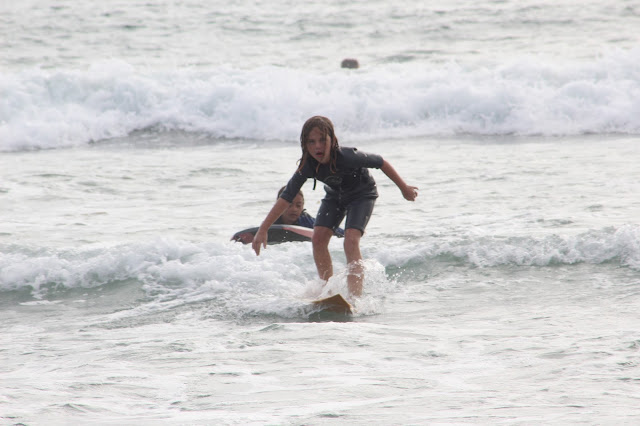