It has been brutal the past couple days, so we've been doing anything we can to be out of our non-air-conditioned apartment. On Wednesday, that meant going to The Lafayette for the Pre-Tour De Fat party and silent auction, where we hung out in the pool as they showed Unreal, an epic mountain bike flick. On Thursday, we were all about dog beach with Ficus (and even busted out the selfie stick that I scored at the Wired Comic-Con Party). I went to the Melvins show, but it was suffocatingly hot so I didn't even try to shoot photos. Some friends and I shut down the night at Bar Pink and Livewire. On Friday, we went to a friend's house to swim into the late afternoon. Nova has been with us full time for the past couple weeks which we love, but it means fewer nights out for this old lady, but I'm hoping that we can catch some fun stuff this weekend like maybe the Imperial Avenue Street Fair or the Centennial Concert, but most likely you can find us around large bodies of water. Saturday and Sunday archives are after the jump. 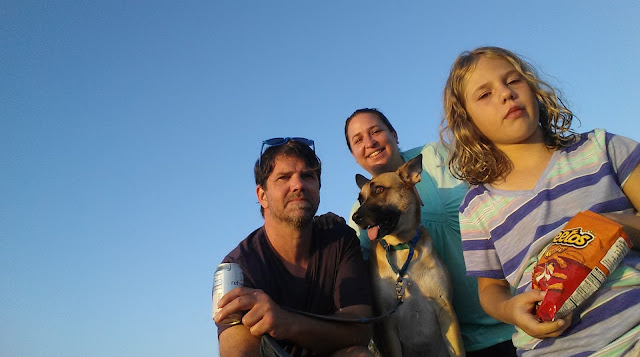