Best of San Diego Party Is Just Around The Corner! 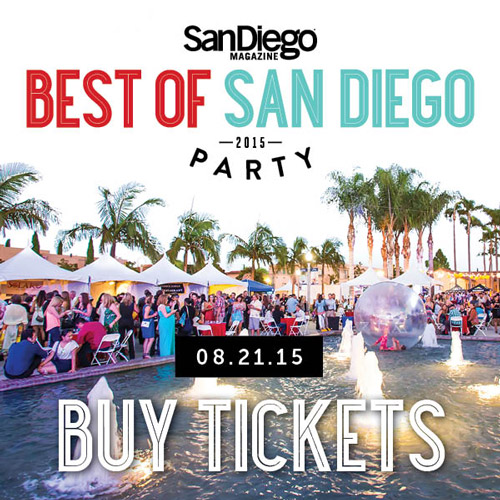 San Diego has become a city of Festivals. Besides all of the street fairs and festivals in every neighborhood throughout the summer, it feels like there's a new beer or wine festival every month. Some of those tickets can get pretty pricey, and years of going to many of these I can honestly tell you, there is no better annual party than San Diego Magazine's Best of San Diego Party. There's a seemingly endless array of food from the City's best restaurants and chefs along, with beer and wine to pair it with. There's music and entertainment, too, and everyone is dressed all snazzy, and it's like a massive who's who of San Diego. If you know me, you know I hate "best" lists, because I think the word should be "favorites", but in the case of this event, it really does bring out the Best of San Diego.

This year's event takes place on August 21 from 6:30-9:30 pm. That means it's the same night as the second Morrissey show, so if you're seeing Moz, you have to sit this one out, but otherwise, you should do whatever it takes to be there.