I'm not gonna lie. I am kind of embarrassed to share these photos. I was so excited to see St. Vincent at the Observatory a couple weeks back. She's long been one of Darren's favorites and over time has become one of mine, too. I had the chance to see her a few times before, including House of Blues and the tour with David Byrne in Orange County, but this one was even better for numerous reasons-- it was on my home turf, I got to shoot, she was playing solo, I got to see her with Darren, her aunt and uncle Tuck & Patti opened the show after hearing about them for years, Nova was at a sleepover, it was a Saturday night...the reasons are endless. And then I get 50 pictures loaded in and see that the lighting was actually TOO good and got every speck of dust and hair that's just locked in my camera. I have two cats and a dog, I carry my cameras just about everywhere and not in their photo bag, so I'm just always going to have imperfections, but on someone as flawless as Annie Clark--St Vincent--they're just way worse. So my apologies, I don't use lightbox or edit my photos, you get them how I shot them. And if I don't share them then I get backed up and stop sharing altogether and it's a big downward spiral. But I'll spare you and put them after the jump. (Unless you're on mobile, then you'll just get them all in one quick burst). 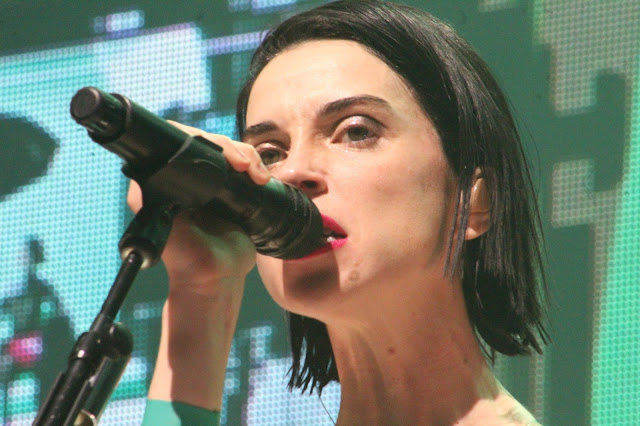 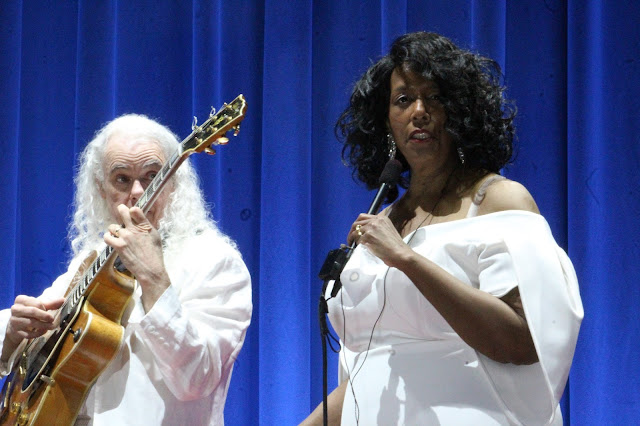 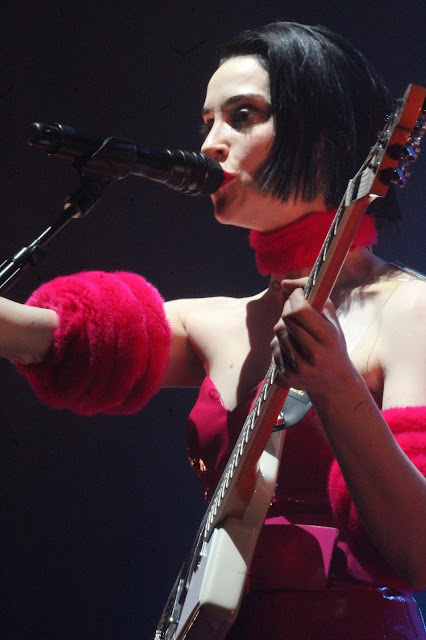 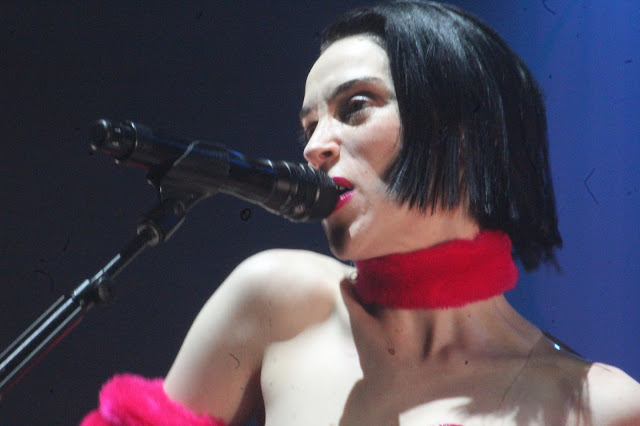 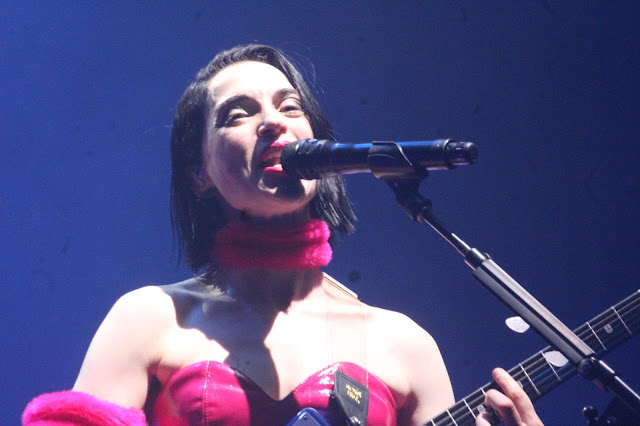 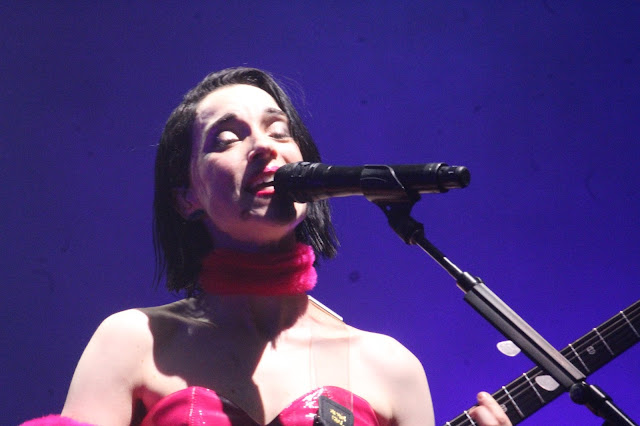 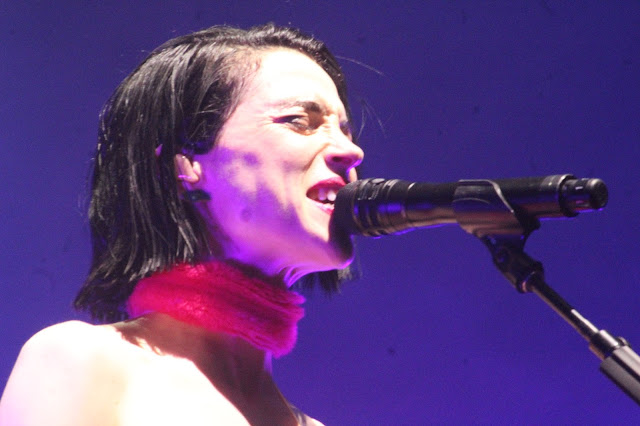 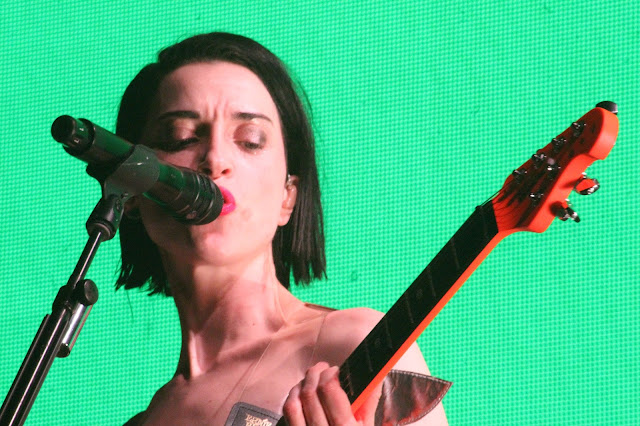 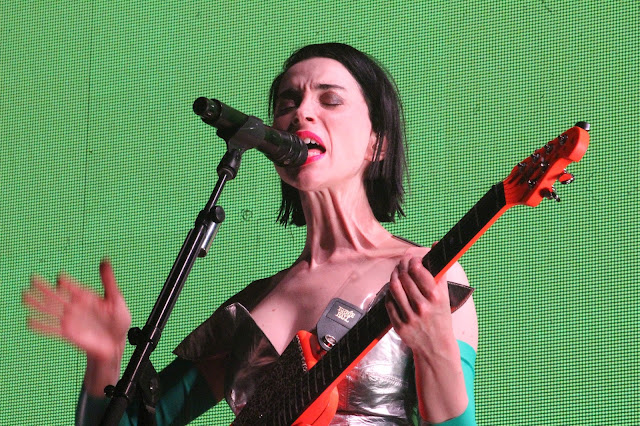 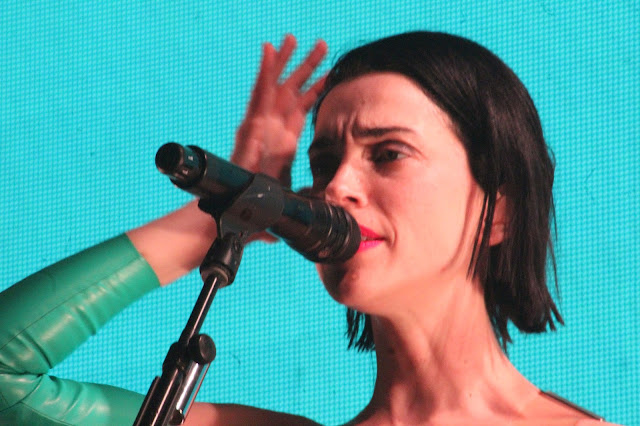 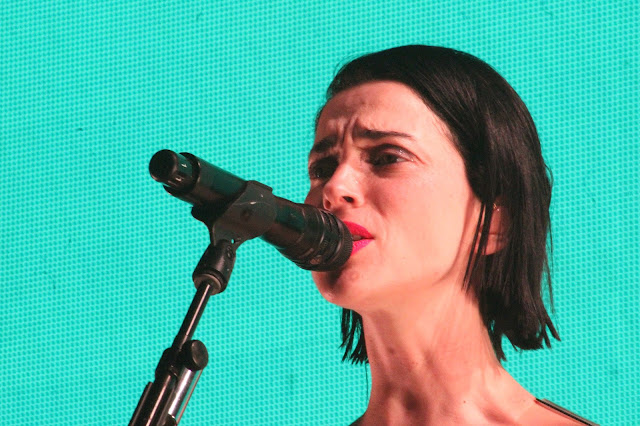 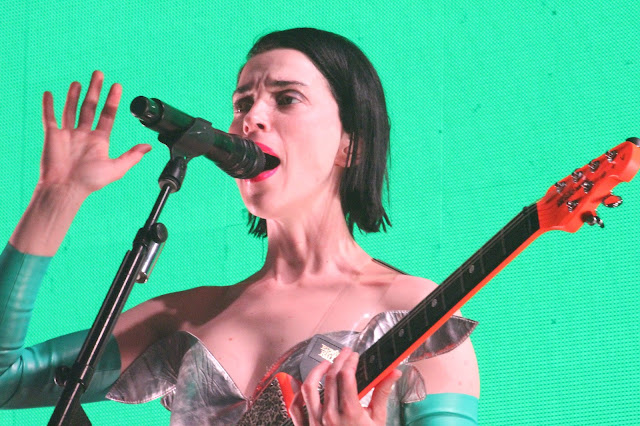 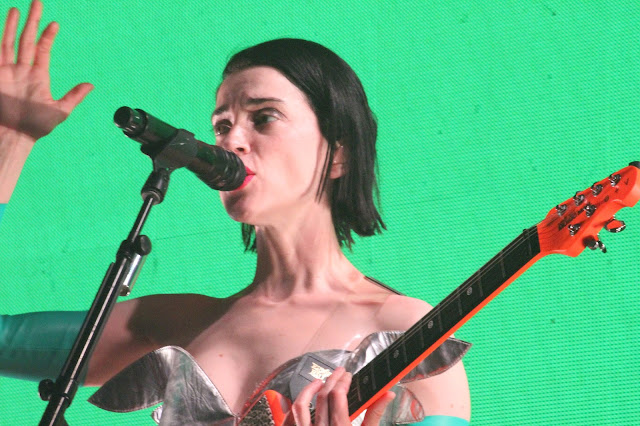 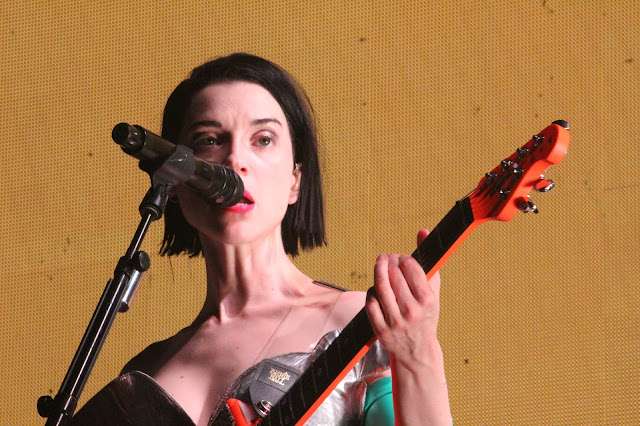 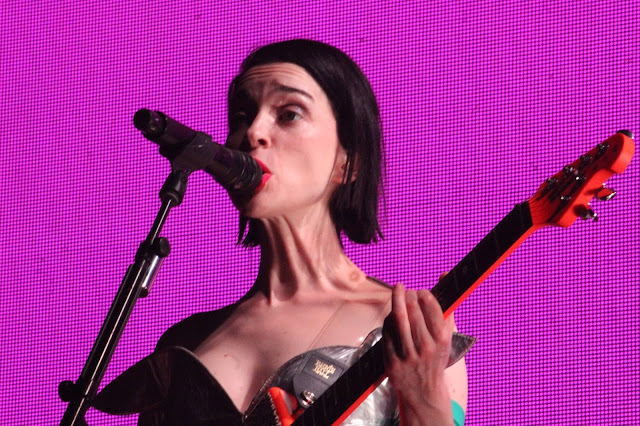 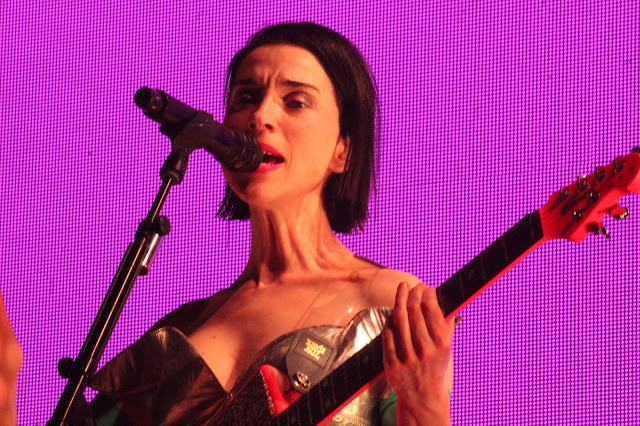 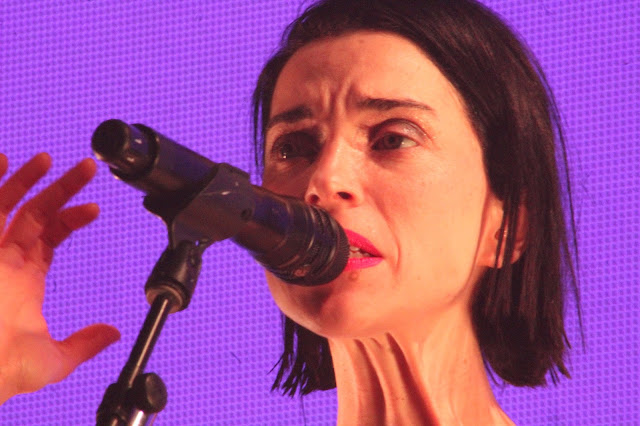 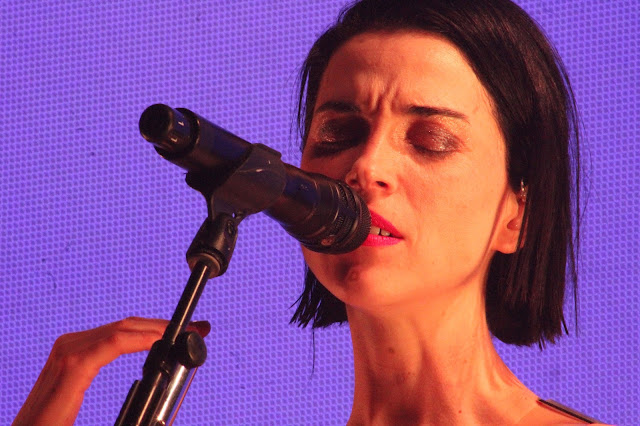 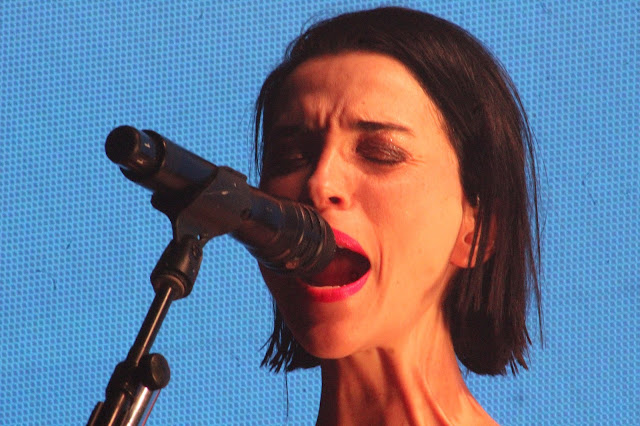 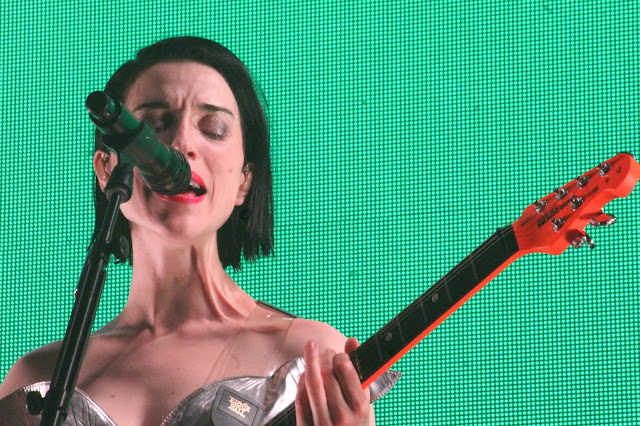 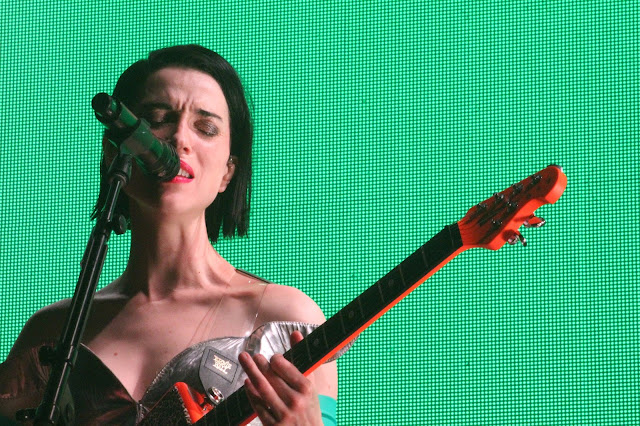 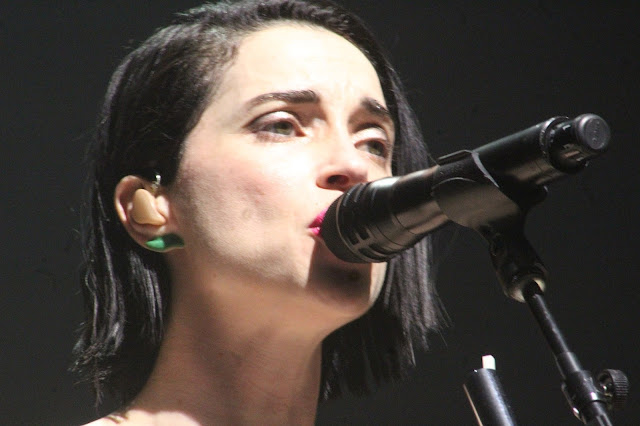 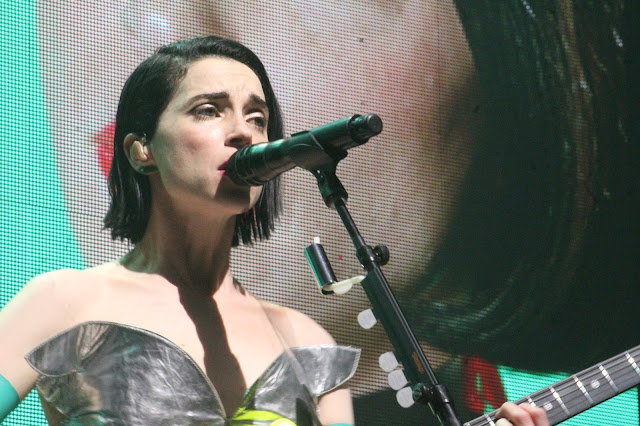 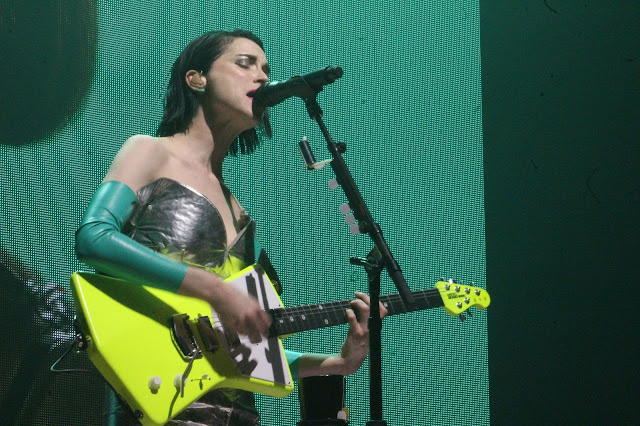