Toxic Masculinity and the Safety of Girls & Women 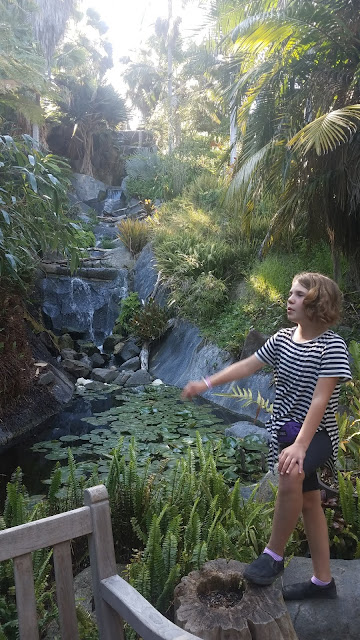 Some things on my mind that I had to share, after the jump.

Tonight there was a news item about a missing 13 year old girl in National City, last seen leaving school. She's been found safe several hours later, and it's quite likely that she snuck off to a friend's house or a park or a mall or something innocuous but just as scary for the people who worried about her for the six hours before she was safely located.

And also on the news tonight was a story of a Jiu-Jitsu instructor who allegedly confessed to a lewd act with a minor under 14, presumably one of his own students with whom he was trusted to teach and nurture.

Last week, there was a report of a girl approached by a man on her way to middle school. And that same day, Sandi Tibbetts Murphy--a cousin to Mollie Tibbets, a young jogger who was murdered-- made a statement she posted to her Facebook account (that has since been deleted, but is posted in full on Snopes), but that more or less says that she rejects the arguments and politicizing by the Administration and their racist fuck minions that this has anything to do with illegal immigration as it does with toxic masculinity.


He is a man who felt entitled to impose himself on Mollie’s life, without consequence. He is a man who, because of his sense of male entitlement, refused to allow Mollie the right to reject his advances – the right to her own autonomy. Mollie was murdered because a man denied her right to say no.


NOW THIS video: On Mollie Tibbetts & Violence Against Women In America

Men Are Responsible for Mass Shootings
How toxic masculinity is killing us.

And it isn't just against girls and women.

I've been thinking a lot about all of this stuff a lot lately. With the kiddo starting middle school earlier this month, seeing The Tale on HBO and hearing the filmmaker on Fresh Air and reading about it in Rolling Stone, and, for some odd reason, digging through old photos and seeing just how young I looked in correlation to certain events in my life (despite believing I was so much more grown up then than I was), it was time for a talk.

So tonight, while Darren was out working, I had to have a long conversation with the kiddo. About rape statistics. About body autonomy. About personal space. About toxic masculinity. About male entitlement.

And it was really, really hard. I cried. A lot. I thought of flashes of my own life. Of creepy men slowing down while my friends and I walked home from school, telling us we were sexy, whistling, offering us rides, offering us a good time, asking for sexual acts, making lude comments. I remember this happening as far back as elementary school and really, not ever stopping. In times of my life, this felt like it was weekly or sometimes even daily. Of getting to high school as a sophomore and a senior telling me that "nobody is going to want to fuck you in your baggy clothes." Of going along with sexual assault for fear if I resisted, things would get so much worse; of acting like I liked it out of terror.

It is sad that I have to have this conversation with an 11 year old. That I have to tell her that she should report to us or a teacher when her peers are inappropriate. That 'jokes' aren't funny when it comes to these topics. That to this day, when I walk alone I still carry my keys between my fingers, that you'll never see me walk down a street with earbuds in or staring at my phone or not completely paying attention to my surroundings.

I don't consider myself a 'stranger danger' type of person. I don't think there are bad people lurking around every corner. But that doesn't mean the world in which we inhabit doesn't have dangers. I read all of this stuff all the time. I have to find a balance with this kid, who I treat as my own, who on the one hand is the smart, capable, strong, athletic, beautiful, trusting, and optimistic and who has already been shared and blogged and instagrammed by my life lived out loud and publicly through this blog and social media and, on the other hand, protecting her and preparing her for a world that can be fucked up and cruel in any way I can.

It wasn't an easy conversation. And it's not a one time conversation. But we've had it, in age appropriate ways, since she's come into my life as a kindergartner, and this isn't why you read sddialedin.com, but this felt too big and too important for a Facebook post among all the noise of politiics. So here it is. Because for her, I had to.
Posted by Rosemary Bystrak at Wednesday, August 29, 2018