I don't always highlight San Diego mentions in outside media sources, especially because it would have been impossible during the Olympics and such, but yesterday a couple of positive things were said about our city and I thought I'd share in case you missed them.

First, Forbes Magazine rated "America's Best Hipster Neighborhoods" and North Park dropped in at number 13 behind places like Silverlake and Williamsburg. Now, before all the hipsters cross their arms and deny that they're hipsters, the survey was actually focused, not on fixies and thrift stores, but on neighborhood walkability, coffee shops per capita, food trucks, farmers markets, locally owned bars and restaurants and number of people in "artistic occupations", which, hipster or not, I think we should all be proud of.

Of course, we know there's so.much.more. to the entire area, from Kensington and City Heights all the way through Normal Heights, University Heights, Hillcrest, down to South Park and Golden Hill and beyond. A simple look at my listings and a peek outside your front door will remind you just how lucky we are to live here. 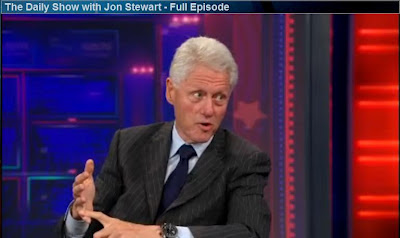 Second, last night Bill Clinton appeared on The Daily Show with Jon Stewart and had this to say about San Diego (starts at 22:38, but you should watch the interview for full context):

"Let me give you an example of the places in America that are doing well. Anybody here from San Diego? San Diego is viewed as, you know, one of our great Naval cities and it still is, but it is also the center of human genome research in America. Private sector, Craig Venner, was in a race in effect, with the International Government Consortium, the seeker of the genome, which was done in 2000. Started with a bipartisan commitment to federal research at the end of President Bush's term, then I put $3 Billion Dollars of your money -- and it's already, I was at Saint Jude's children's hospital in Memphis just about three weeks ago, looking at children whose lives have been saved because we now can see how their difference in- their genetic differences- can require different kind of medicines to cure the same kind of cancer. It was unbelievable.

Okay, so, you've got Venner's Foundation, it's an NGO, then you've got the University of California at San Diego putting out all these scientists,  you have the Republican mayor of San Diego inviting people in, and the biggest computer company, Qualcomm, headed by a Democrat, Irwin Jacobs who's an old friend of mine, and they have spawned 700 more computer companies in San Diego- why?- because you have the government, the non-profit sector, and the business sector working together to do this."

I love you, San Diego.
Posted by Rosemary Bystrak at Friday, September 21, 2012