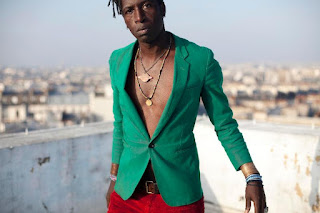 I don't know if you've noticed, but the Casbah  has really increased bookings this year. In addition to the 340 or so open nights at the Casbah, there are Casbah presented outside shows all the time: House of Blues, Belly Up, Porter's Pub, The Irenic, San Diego Woman's Club, Birch North Park Theatre, Spreckels Theatre, Brick By Brick, Soma, Soda Bar, and the Mississippi Room at the Lafayette hotel, not to mention all of the events Tim Mays books, like San Diego Music Thing, Rocktoberfest, last year's America's Cup shows and more.

This weekend, the Casbah has shows in-house, with The Soft Pack and Heavy Hawaii tonight (Friday),  The Bright Light Social Hour, Maren Parusel, and The Beautiful View on Saturday, and Local H, Ambassadors, and Scott Lukas on Sunday, as well as a show on Saturday at the Soda Bar with Broncho, The Lovely Bad Things, and Bad Weather California, but the Casbah also has two outside ALL AGES shows that are worth your attention.

Tonight (Friday), the Casbah welcomes the return of Saul Williams. This time around he's doing a spoken word tour and it promises to be a great night with the Casbah's own Ted Washington of Pruitt Igoe opening the show. Doors are at 7pm and the show is at the San Diego Womans Club on Third and Maple in Bankers Hill. There will be tickets at the door and you can get a student discount with current valid school I.D. 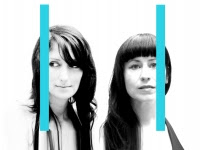 On Saturday night, the Casbah heads to North Park for an ALL AGES show at The Irenic (located at 3090 Polk, around the corner from the Vons on Howard). The show features Azure Ray and Soko. Again, doors are at 7pm, and though it is all ages, beer and wine are available for purchase with your valid ID.

The cool thing about these shows is that since they're all ages, they're over early, so whether you have to be up early the next day or you want to check out another show afterward, you'll be out by around 10pm.

The Casbah has a ton of upcoming shows outside the Casbah, and many of them are All Ages, so be sure to check the calendar in addition to the in-house calendar and see just how hard the Casbah is working to bring you the best in music.

Some upcoming shows include Dragonette at The Belly Up (9/24), The Head and The Heart, Blitzen Trapper, Brian John Appleby at Spreckels(10/3) , Ariel Pink's Haunted Graffit and Dam Fun at The Irenic, The Helio Sequence and Slowdance at The Irenic (10/4), Dry The River and Houndmouth at The Irenic (10/7), Kendrick Lamar at Soma (10/10), and The Raveonettes with Melody's Echo Chamber at the Belly Up (10/11). Again, check the calendar and allow some time for your head to explode a little bit.
Posted by Rosemary Bystrak at Friday, September 21, 2012