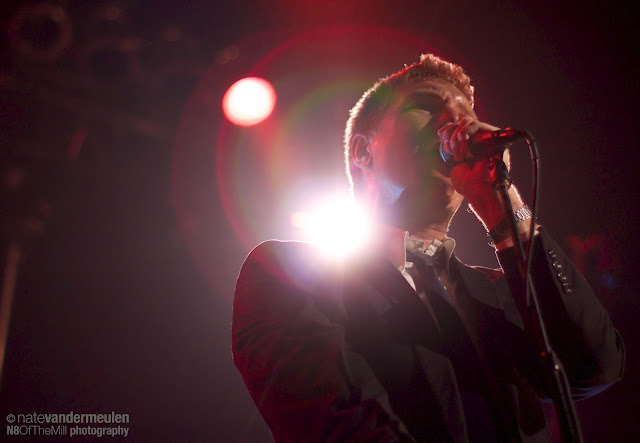 Last Friday night NYC/ Philly- based indie rockers The Walkmen made their triumphant return to San Diego for a stop on their tour benefiting this year's stellar Heaven.  More words and photos below.

The last time The Walkmen came through town was an early 2009 tour with an as-yet-not-well-known Beach house at the Belly Up.  That they played to a sold out crowd was surely a sign that another headlining set at in front of an all-ages crowd at HOB was guaranteed to be a packed house.  I found my way to the front just after opener Milo Green had vacated the stage and was greeted by a surprisingly empty photo pit separating the stage from the eager crowd.  Once they hit the spotlight, the five piece wasted no time getting down to business.  Though the set leaned heavily on newer material, there was no question they were going to touch on the back catalog throughout the evening and their near two hour set did not disappoint those fans in attendance who have been around since 2002's Everyone Who Pretended To Like Me Is Gone.  Its a given that all of the members of the band are talented musicians in their own right, and years of touring have finely honed their live set, but anyone who has seen these guys on stage will tell you it is all about lead man Hamilton Leithauser.  Easily drawing comparisons to Bob Dylan's graveley voice, the majority of songs center around his outstanding ability to build to a seemingly limitless crescendo.  There's an Italian term - appoggiatura- which roughly translates into the sensation you get of the hair standing up on your arms and chills running down your back, caused by a singers tone and inflection.  While Leithauser might not possess that quality on the level of Thom Yorke or Charity Rose Thielen of The Head and The Heart, he definitely can make you stop in your tracks and shake your head in amazement.  Given their talent and clear appreciation for what they do, it will not be surprising to see these lads putting out another album and touring heavily once again very soon, hopefully before another two and ahalf years have passed. 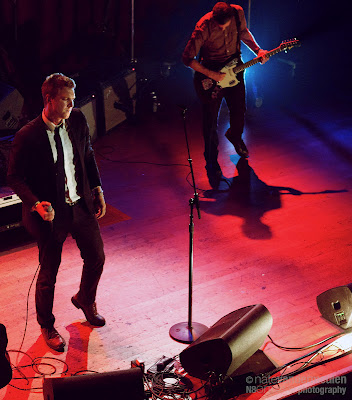 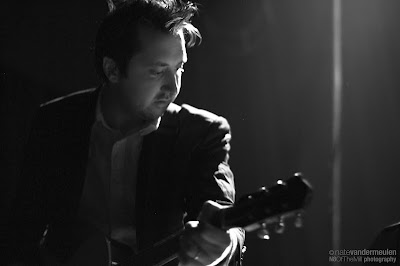 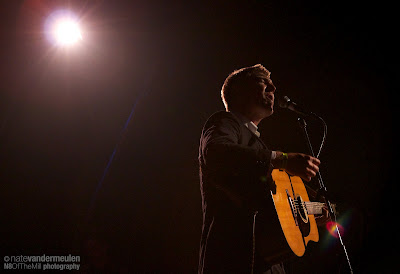 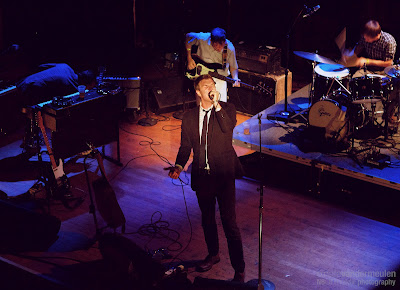 Email ThisBlogThis!Share to TwitterShare to FacebookShare to Pinterest
Labels: House of Blues, Nate Vandermeulen, the walkmen