Last night, Hyundai and Grammy Amplifier teamed up to spotlight an up and coming artist named Cramer. She was great, though I probably wouldn't do a cover of "Come Together" as my second song if I wanted this audience to convert to fans. Anyway, Grammy Amplifier held a contest and three winners emerged, so then they get opening slots for bigger artists, and three showcases are held- one in Chicago, this one at the Belly Up, and another in November at Fun Fun Fun Fest. The show was free, but you had to enter a lottery, though upon arrival, there was no check-in, so anyone in line got in, and I'm not sure the venue reached capacity. It feels like a million years since Local Natives have played San Diego, since their last time around they were opening for Kings of Leon at Sleep Train Amphitheatre. In fact, I think maybe this was my first time seeing them since Nik joined the band, so it was pretty exciting. Here's a fun fact: before they were known outside of LA, I booked Local Natives for my first San Diego Music Thing showcase which they subsequently canceled for a better offer in San Francisco. I seriously love these guys and it was an incredible show. I decided to record most of the show since Darren was unable to join me, but I thought I'd share the playlist for anyone interested. I shot these with my Samsung camera, but I might have to go back to the Sony because I'm not loving the sound, but here they are anyway. 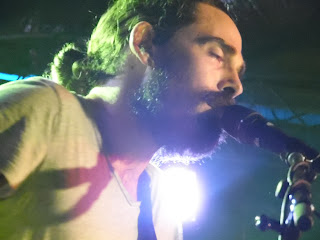 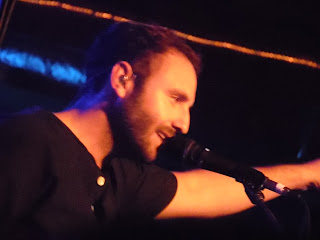 Email ThisBlogThis!Share to TwitterShare to FacebookShare to Pinterest
Labels: belly up, Local Natives