I have to say that Labor Day weekend was kinda nuts. Nova had a four day weekend, so on Thursday after school we took Ficus to Ocean Beach, and after swimming where we discovered that Darren lost his keys and he had to break into our car and then we ended up getting the keys back because they had been turned into the lifeguards. That night I went to the Casbah for The Donkeys, Big Search, and Oh, Spirit. On Friday I worked at the DaM-Funk show, and Saturday we met up with my sister at the Waterfront Park and later hat night I went to Awesome Fest at Soda Bar. Sunday we spent the day with my parents on vacation island and we had such a good time we went back on Labor Day, but only after an attempt to hang out at Admiral Baker Park, which was all my dad wanted for his birthday, but it was hot af and the pool was closed. Last Christmas Eve, I was sure that my dad wasn't going to make it to Christmas. He was in the hospital, his eyes were lost, his heart and lungs were being crushed by fluid in his body. His doctor switched up his medication which ultimately saved his life. He was in rehab for awhile, and he still has major health issues, but ever since they bought their mini Winnie, my dad is getting out of the hose, seeing more sights in San Diego than he's seen in the last twenty years. This isn't a great photo because we're in weird shadows and all, but for my whole family to be together, for my dad to be with all of us on his 67th birthday, was a pretty awesome way to spend Labor Day. Tuesday through Friday archives are after the jump. 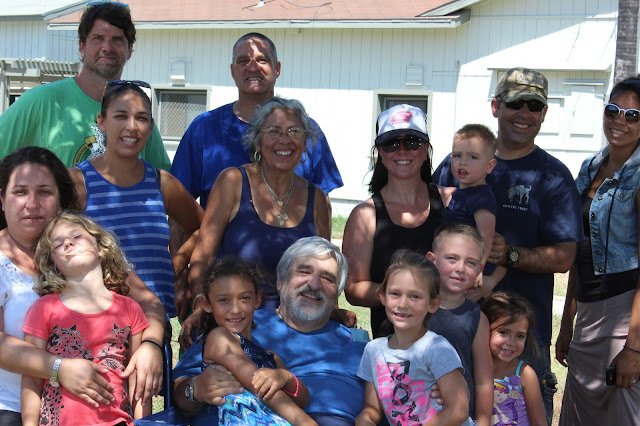