I feel like I need a weekend to recover from the weekend. On Friday we had a blast swimming most of the afternoon at a friend's pool in La Mesa up until I had to work at the Irenic for Gardens & Villa and James Supercave. It was a great- though sadly underattended- show. When it was over, I journeyed to Park & Rec for our SoundDiego Live event which is always fun, but even more so because it was my first time there, and also because Quel Bordell are an awesome local act. From there, Pyles and I went to the Ken Club to close down the night. On Saturday, we went to Law Street and the waves were absolutely insane, bigger than anything I've ever seen locally, so we spent several hours in the water before Darren dropped me at CRSSD Fest to catch St. Lucia, Jamie XX, and Flaming Lips. He dropped Nova and my niece at home, then joined me at CRSSD which turned out to be awesome. From the festival, we walked to Music Box and caught most of Ash's set, then closed our night at Bar Pink. By Sunday- and with Nova having fun with my nieces and family- we returned to CRSSD, but unfortunately missed Baio and only stayed long enough for Big Data before meeting up with the fam at Oktoberfest in El Cajon. After a couple hours there, we grabbed dinner and they dropped me back at the festival to see Banks and TV On The Radio. Jake got a nice shout out from the band and he and Daye dropped me home. Apologies that I didn't get to this week's listings, but here's what is going on Monday night and I'll spend Monday working on the rest of the week. I'll be at The Irenic and Casbah tonight, at Other Lives at the Belly Up on Tuesday, at A Silent Film on Wednesday, and at Jose Gonzalez on Thursday if I have any energy left. 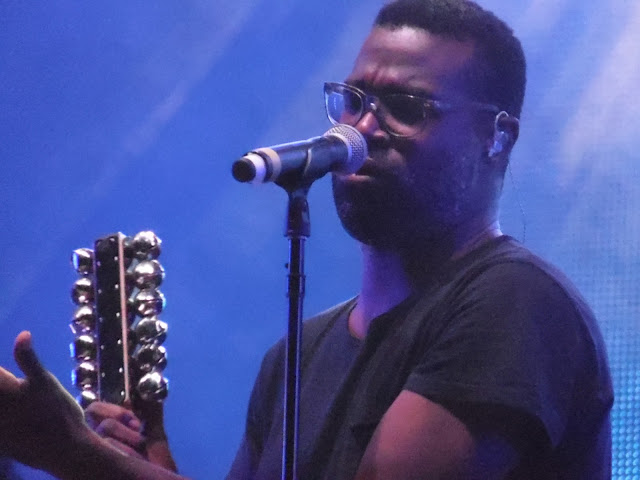