Tonight! Other Lives at the Belly Up 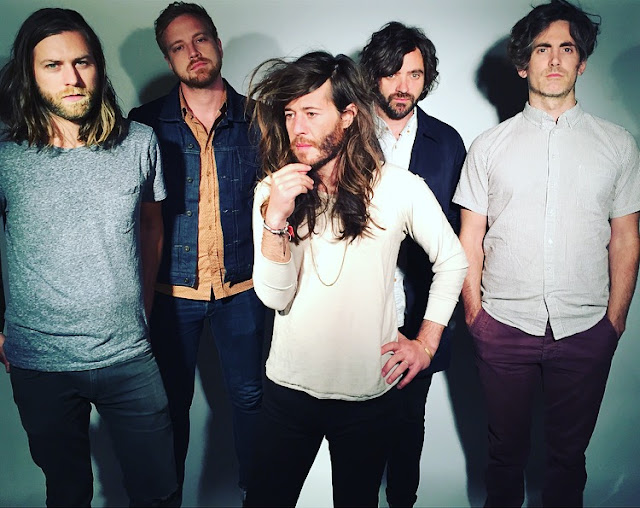 Other Lives are playing at the Belly Up tonight. I love these guys and I have been waiting for a long time for their return. I know this week is crazy good for music but tonight with Other Lives and Sunday with Givers are easily my picks of the week.

Check out some of these newer videos:

From the press release:
Other Lives is comprised of Josh Onstott, Jonathon Mooney and Jesse Tabish. Rituals is a pure encapsulation of the band's relentless drive for precision.The trio relocated to Portland, Oregon from their hometown of Stillwater, Oklahoma to record the album. Tabish says the relocation had a direct influence that can be heard through Rituals.

"There was a spirit of change," Tabish offers. "We had done [2011's second LP] Tamer Animals, which was very close to us and about our home. So the next record was about the spontaneity of travel and being isolated. For the first times in our lives we were moving off on our own away from our families and kind of coming into our own. I wanted the songs to reflect that new spirit."

"This one was a real journey," Tabish says of the 18 months spent writing more than 60 songs for Rituals, a constant creative outlet for the relentless sonic architect amid a rigorous few years of touring their debut album. "It was a long time spent searching for a new identity," the soft-spoken singer continues of the writing process, "still trying to retain the past of our musical palate but also really trying to stretch ourselves into a new type of music." The album was produced by Mooney, Tabish and Joey Waronker (Eels, Atoms for Peace, Beck, etc.).

While Rituals marks a new chapter in Other Lives' story, it's also a continuation of a decade-plus passage. "I feel really lucky to be able to have a band and people around me that have been so supportive and we've stuck together all these years and still don't hate each other," Tabish says. "All three of us are like brothers. I don't think that will ever go away. I loved those kids then and I love them now. There's that mutual feeling. If I want to go have a beer with anyone it would be those two guys. That kind of says something."

Here's some videos I shot of the band in Vegas during their residency at The Cosmopolitan in 2011.

Email ThisBlogThis!Share to TwitterShare to FacebookShare to Pinterest
Labels: Belly Up., other lives