Things To Do In San Diego: Thursday, October 8

I feel like it has just been non-stop go, go, go forever. Believe me, I take my time to slow down and take long naps and take time for myself and with my family, but even then, I feel like a break is so far off in the distance, I have to just take advantage of the awesome opportunities around me every day. As I've mentioned, Nova is on fall break right now so we've had some fun time at the zoo, at her piano class, at parks and playgrounds, and just lounging around the house. Monday night was the San Diego Music Awards which were so fun and I got to spend time with my friends and colleagues, and Tuesday I went to the incredible show by Beirut at the OAT, then had public transit drama waiting forever to catch the trolley to see Gayle Skidmore at the Casbah in possibly her final show before she leaves to The Netherlands. On Wednesday, Darren's phone crapped out, so we more or less spent the whole day deciding between $160 screen replacement, $175 insurance deductible for a new phone which would take two days to arrive, or just switching his phone plan to mine and getting a new unit at Costco. I'm only sharing this because the Costco insurance carrier, Squaretrade, is the best ever, and by getting a new phone, we'll get a $200 Costco gift card which definitely offsets buying a phone outright. And since we've finally merged plans, our bill will actually go down between the two of us by about $50. Once all that drama was resolved, we had a nice night out at The Hideout and Bar Pink because I'm pretty much non-stop working for the next week. I'll be at the merch table for Xavier Rudd tonight, working the door for Gardens & Villa at the Irenic on Friday before our SoundDiego party at Park & Rec, then at CRSSD all weekend. Next week is crazy, too, but I'll get to that next week. Thursday archives are after the jump. 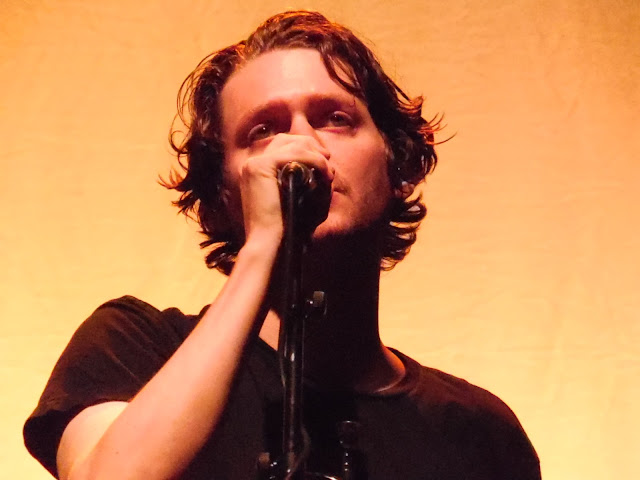