This week has been just as busy as I expected. Darren's mom came to town for a spontaneous trip which was really nice, minus the part where Darren tore a calf muscle and has been left limping this week. I have to say, it's kind of adorable though, since the same thing happened to me when we first started dating and he did everything for me back then as I ended up on crutches for a few weeks. So Billie arrived on Tuesday and we went to the Zoo for a few hours before I went to the Jose Gonzalez show at California Center for the Arts Escondido. On Wednesday, I worked while they went to Mission Trails, but entertained her as he helped out at Nova's school (when that injury occurred). We went to La Jolla Cove to see the Sea Lions and that evening we had a big family dinner. My family has always missed being able to meet Billie, so that was quite nice (at Volare which is maybe my new favorite place even though it's been there forever). Then Thursday I had some work meetings and such but we ran around a little bit, got Nova from school, had dinner at West Coast Tavern, and then had Nova's Open House. Somehow in all of that, my laptop took a spill, so thanks to Davy Tiltwheel for making the repair quick and painless and my laptop downtime minimized. Today Billie flies back home, so hopefully I can knock out my work early to hang out the last few hours. I don't have big plans this weekend but I'm sure we'll be running around to enjoy the few days of Spring Break before Nova flies to the midwest for a week. Saturday and Sunday listings are after the jump. 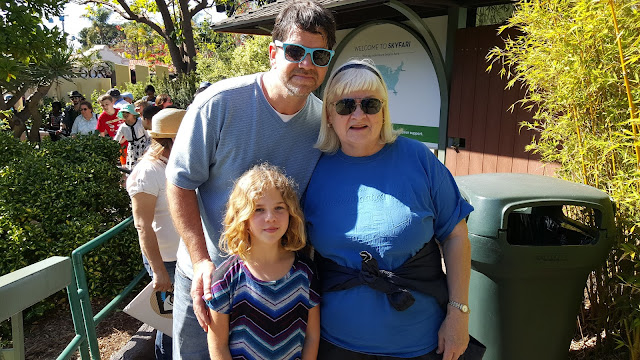 Thank you for Posting a list of events in town. Here