High In The Streets- A Debut Novel by Matthew Binder 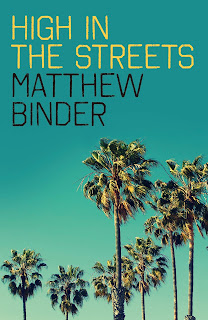 For some of you who have been readers of this site for years, you probably recall my early days reviewing local band Vinyl Radio. Well the former frontman, Matthew Binder, has been busy writing and has now published a novel, High In The Streets. Our mutual friend, lawyer, and one of the smartest people I know, David Lizerbram, has written a review and I agreed to share it with all of you. You should definitely check out the book, which you can purchase on Amazon here. 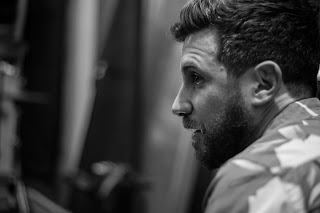 High in the Streets, Matthew Binder’s auspicious debut novel, smells like whiskey and cigarettes. Lou Brown, our protagonist of sorts, is a once-successful writer in LA. Several years after hitting it big with his own autobiographical first book, he finds himself at a loss. He has a serious drinking problem, a wife he hardly recognizes in a house he never wanted in the first place, and an ex-athlete best friend, Cliff, who’s in even worse shape than he is.

Lou’s attempts to obliterate his sorrows unfold in a series of funny, surprising, and unexpectedly moving vignettes. He sees himself as one of the many downtrodden, lost souls living in the shadow of Hollywood, but nobody is quite who they seem to be.

Binder’s characters seek redemption everywhere they can: money, fame, narcotic ecstasy, physical fitness, friendship, a father and child reunion. A trendy nightclub and a seedy motel and a beautifully articulated last-chance prizefight. He lures us into Lou’s story with all of its squalid glamor, and then pulls the curtain away to show the open sores beneath the character’s macho posturing and his tragic hero self-image. What happens to someone who just doesn’t fit into mainstream society anymore…and maybe never did?
Posted by Rosemary Bystrak at Monday, March 28, 2016