There were a ton of reasons why I was excited to see Foals on Sunday. Besides loving their records, I'd missed their last local appearance at 91X's X-Mas show, and before that, I don't think I'd seen them since their first record. The very first time I saw the band was the show at Brick By Brick and back then they were adhering to a harsh red light only policy, so between them and Crocodiles opening, taking photos was next to impossible unless you're brave/crazy/rude enough to shoot flash in such situations. So here it was, my first chance to really shoot the band and we got this funny directive that we could shoot the last four songs instead of the first three. The instructions couldn't have been more vague. The tour manager, in an effort to give more insight, told me "they play about 80 minutes, and do about 13-14 songs, so please gauge from there."

So I was sitting on the balcony with David & Dustin trying to count along and keep track but I just couldn't. I was looking directly down on the soundboard console, however, and noticed a setlist. So I took a photo, magnified it, copied the setlist into notepad, and found it much easier to follow along. 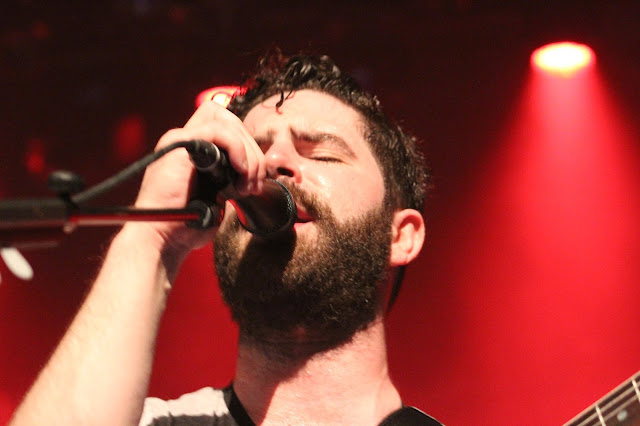 Here's the setlist as it was written:

What Went Down
Two Steps Twice

The problem was that while I was all smug knowing when I should go down, the other photographers and security had no idea. Was it the last four of total setlist, meaning 2 of the regular set and the 2 song encore, or 4 of the set before encore? Security thought the latter, let a bunch of photogs in prematurely, and then made the rest of us wait when they realized their mistake. I don't think this worked for Yannis so much, because he seemed a little agitated. On top of that, his mic was loose and dropping (which frustrated him enough that I narrowly missed being hit by his thrown mic stand) and then sorry, photogs, but get a clue. Everyone knows Yannis jumps into the crowd multiple times. When he's trying to find a clear space and you rush over to shoot, he can't safely clear you to the crowd. Get out of the way and stop interfering with his shtick.

All in all, it was an amazing show, and it felt like there were a couple extra songs slipped into the setlist, but I was too enchanted by the lights, the music, and the vibe to pay enough attention. More photos after the jump. 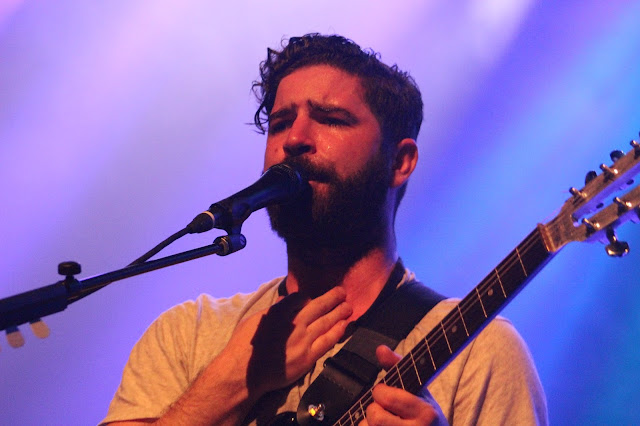 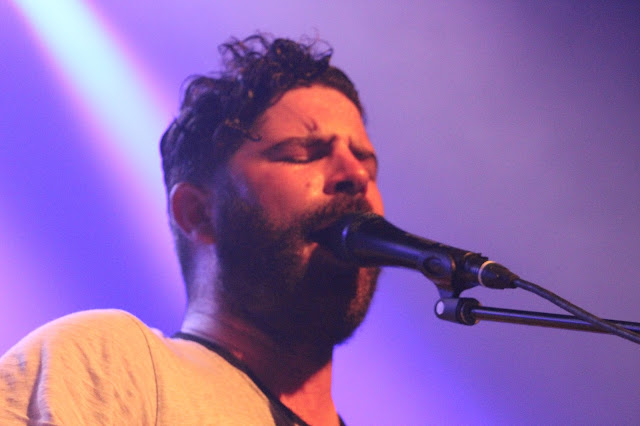 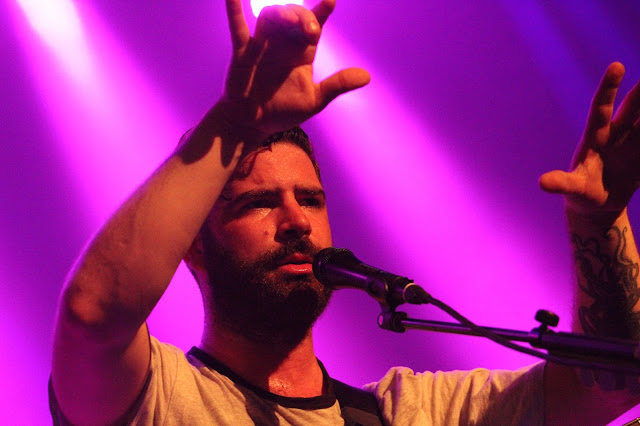 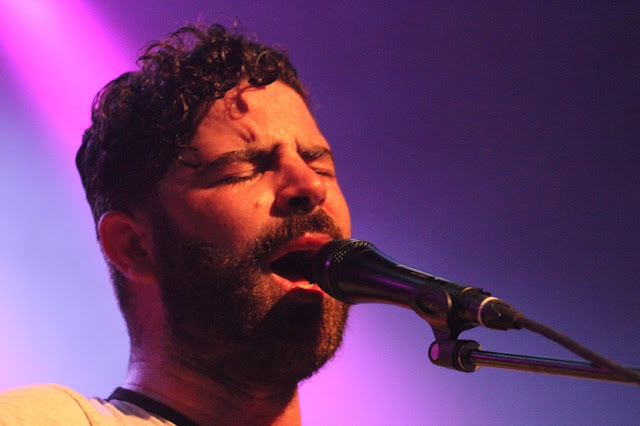 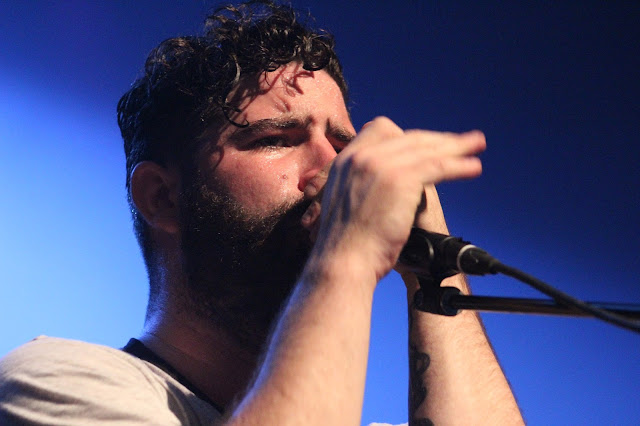 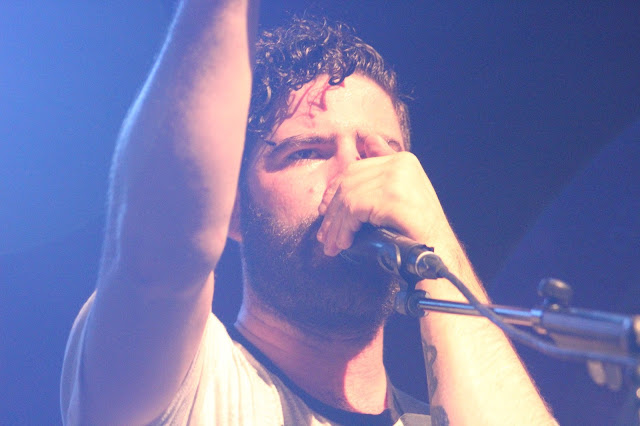 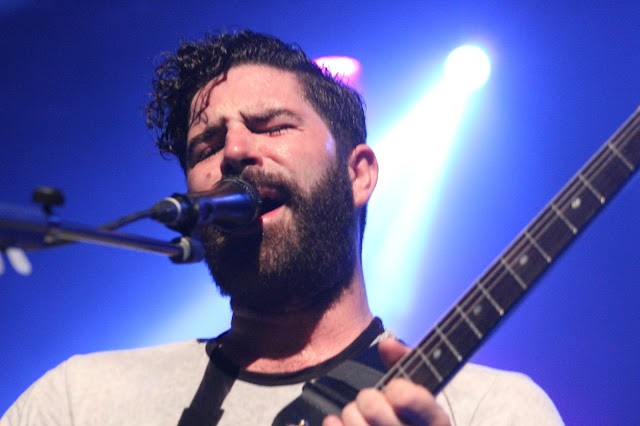 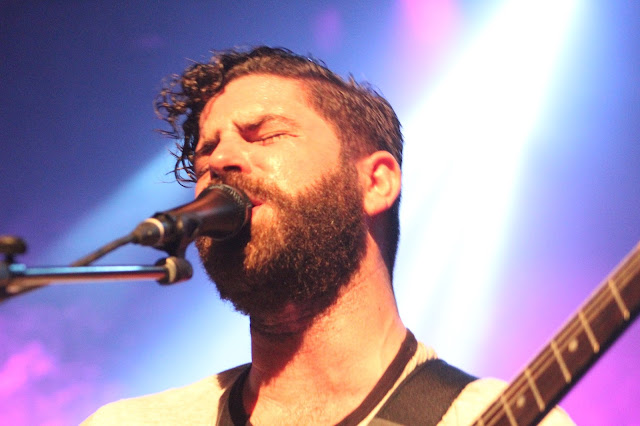 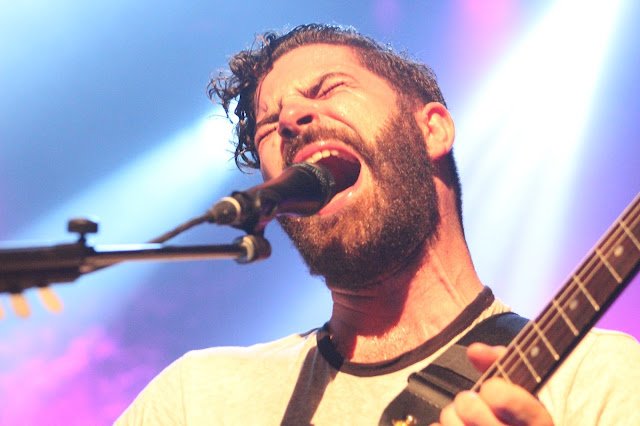 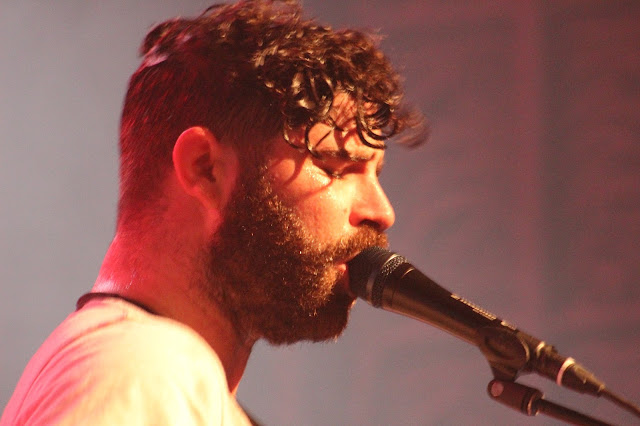 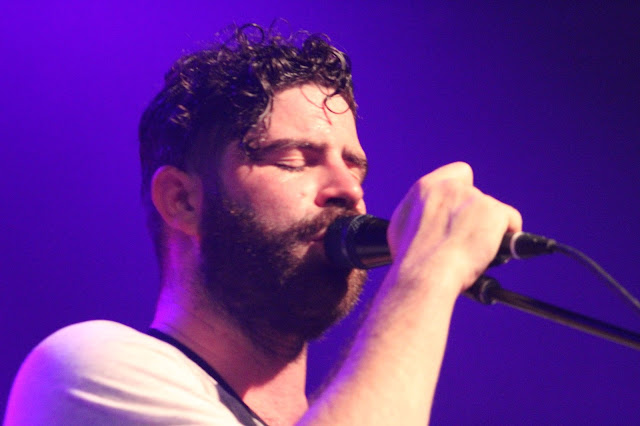 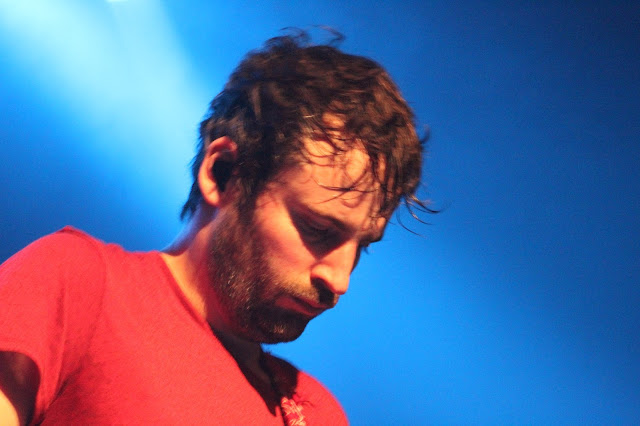 Great pics! I remember Yannis throwing the mic stand but I hadn't noticed any issues and assumed it was just for dramatic effect. Glad he didn't hit you!

So the setlist from the show is accurate as you copied it (I got a picture of the one Jimmy handed to my friend) but with a couple of changes: They went skipped Balloons and they added London Thunder as the first song in the encore.