What a beautiful weekend we had here in San Diego. It was jam packed the whole weekend long...from Friday after school we went hiking in Mission Trails then we hit up Beach House at the Observatory. After Nova and Darren retired for the night, I caught Wild Wild Wets at Casbah then hung out with friends at the Ken Club. Saturday we had a plumber bringing us a shiny new toilet (you know you're old when this is a weekend highlight) then visited my parents, then did 12 miles on our bikes on the Bayshore Bikeway and then came home to unwind and catch my interview with Rob Crow on SoundDiego. Sunday was a return trip by the plumber (oops!), then after I finished my Sunday work we went to dog beach for a few hours before I made my way to see Foals at the Observatory. I was really on the fence after the show- Casbah had Laura Stevenson and Pants Karaoke was at Hideout, but I ran into Jeff and took the available ride home when I could. The reality is that I have a lot of work this week and I'm pretty much committed to at least one show or event per night. We've got a whole week of Goose Island Events with DoSD, and then Casbah has some serious Coachella shows across the board, so late Sunday at home wasn't the worst way to kick off the week. Mondday through Wednesday listings are after the jump. 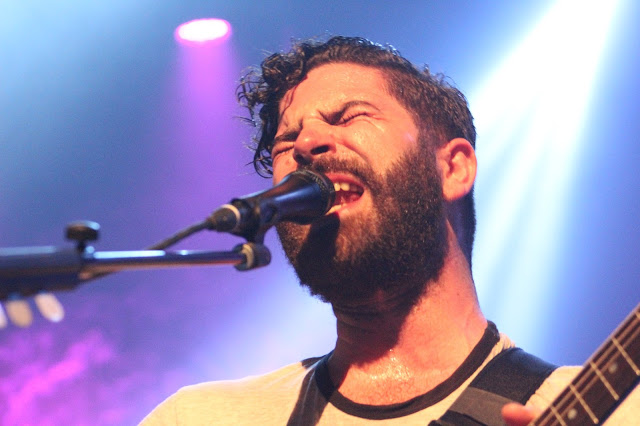