Win Tickets To The Subways at Casbah! (Monday Night) 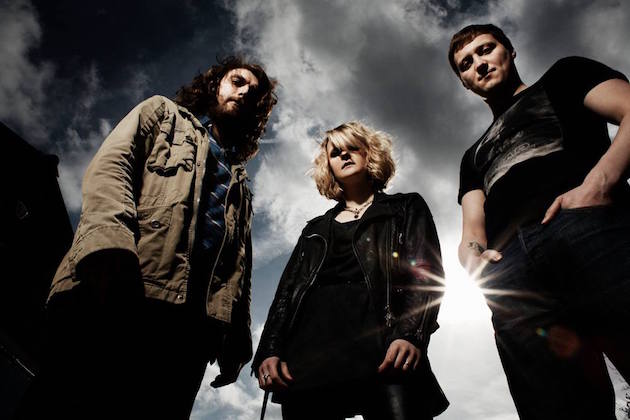 The Subways are coming to the Casbah on Monday night, May 2nd, and my whole weekend has been non-stop chaotic and this was supposed to post yesterday, but it didn't so here it is. Leave a comment with your contact email if you wanna check out the show. I won't actually publish your info, but I'll email you if you're the winner. Who are the Subways? Full press release below.

THE SUBWAYS, perhaps best known by American audiences for their modern rock radio smash "Rock & Roll Queen", will return to the U.S. for a much-anticipated North American tour, their first since 2008. The band will be on the road supporting their new self-titled album, which is set for a US/Canadian release on April 16, 2016 (Record Store Day) via BODAN KUMA Recordings.

The album has been described as "near-perfect, punk-spirited noise" (KERRANG!) and "on par with the best things they have ever written... and finds the band energized, focused and battle-ready"
(Q MAGAZINE).

Billy Lunn, The Subways lead singer and guitarist, notes the new self-titled fourth album is, “100% The Subways, it’s all us, we wrote, produced, and mixed the album ourselves.“
(more after the jump)

THE SUBWAYS are truly one of the most exciting live bands on the current touring circuit, thrilling crowds with their high-octane, explosive rock sound and wild stage performances. Firm European summer festival favorites, they have graced the main stages of over 100 international festivals across 20 countries. Through stage diving, circle pits and crowd surfing, the band are known to lead their fans in orchestrated mayhem as they crash through their thoroughly entertaining set.

Back in 2005, with an average age of just 17, Billy Lunn, Charlotte Cooper, and Josh Morgan crashed onto the international music scene with their gold-selling cult classic debut album Young For Eternity, featuring rock club floor-filler "Rock & Roll Queen" (watch a live video with 75,000+ people HERE), causing NME to proclaim them “the sexiest thing to sweep rock 'n' roll off its feet in years”. Their 2008 sophomore album, All Or Nothing, was recorded in LA with Nirvana/Smashing Pumpkins producer Butch Vig and “buoyed with emotional heft and supernova guitar riffs, wired around a maturing song craft; the recent split of singer/guitarist Lunn and bassist Cooper has made for some inspirational writing” (MOJO). At this time the band was duly affected by the fact that Billy was battling to save his voice by undergoing surgery to remove nodules from his vocal chords. Money And Celebrity followed in 2011 with the band working with Blur/Smiths producer Stephen Street on this insanely catchy pop-rock record full of “brilliantly anarchic punk-pop vignettes, each being a big musical finger that sticks it to financial greed, the mediocre mainstream, and the fame fetishists” (ROCKSOUND) such as lead single "We Don’t Need Money To Have A Good Time"
Posted by Rosemary Bystrak at Saturday, April 30, 2016