What I'm Watching: If You're Not In The Obit, Eat Breakfast | Downward Dog | Radio Dreams

I got a really positive response to my last post about my indulgent television habits, so I've decided to do another post. The main seasons of shows seem to be on pause until summer series drop or the full schedules return in fall, so there's this horrible glut of game and talent shows right now which maybe aren't so bad if you fast forward all the bullshit backstories with DVR, but I don't have that function so I just have to dig deeper. Still, there were a few things that caught my attention in the past couple weeks (besides San Diego City TV of course...some of those Council meetings have been pure comedy fire!) Check it after the jump. 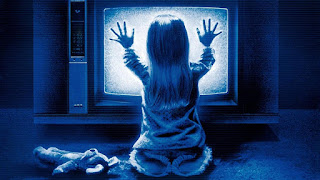 If You're Not In The Obit, Eat Breakfast - HBO Films
I've never much concerned myself with aging. I joke about getting old but I think we all do. This documentary, hosted by Carl Reiner at 94, is a look at living past 90 by some of Hollywood's great voices and other nonagenarians and even a couple centenarians. Besides older actors, musicians, and artists, there's a yoga teacher, a runner, and a few others with inspiring stories told with humor and lightheartedness, all with this common thread of doing what you love everyday. If you've got HBO, don't take my word for it...read what The Atlantic or NYT have to say about it. Or just watch it.

Downward Dog (Series, ABC, Airs Tuesday at 8:00pm)
Let's start off with a few things. There are a lot of half hour comedies on TV and when I'm desperate, there are a lot of them that I watch. I don't like most of them, some I downright detest, but I get the bulk of my work done late at night and early into the morning and in that time I like to keep the TV buzzing. Another is that I insanely love my pets. I miss Pascha so much, but Ficus is her own personality and I love her so deeply, as she lays to me this moment, snoring while taking up two-thirds of the couch. Last, it's hard to find shows that I like that Nova and Darren also enjoy. Downward Dog, now four episodes in, is filling a gap for us.
Don't get me wrong, I'm not all in. I think it was completely unnecessary to make Martin, the dog, have lips that move when he speaks, and I'm probably oversensitive to the abundance and overuse of "like" and that Valley Girl kinda talk, probably because it's exactly how I speak. And while there's not a lot of sex, watching with a 10 year old makes you extremely conscientious of every mention of it or portrayal of it.
All that said, I kinda love this show. It's a single-camera show, thankfully, because three-camera sit-coms just gotta go. Basically the show is the daily life of a single girl working at an ad agency through her eyes paralleled with the way the dog perceives the world. Throw in her ex-boyfriend who's still in the picture in a friends with benefits kinda way, a douchebag misogynist project manager at her agency, and her small circle of friends & coworkers, you have a lot of material with not a lot of action, which leaves a lot of room to breathe and grow with smart writing and enough sweetness that any crazy-dog person might get a little misty-eyed. Or if you're me, flat out crying every episode thus far. I can't help that it hits me in all the feels. You can catch the pilot here, episodes are online at Hulu or OnDemand on Cable. 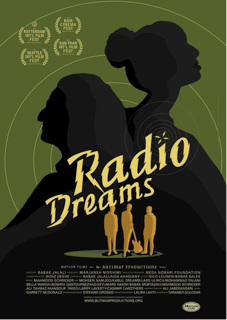 Radio Dreams (Plays at Digital Gym Starting Friday, June 9)
It's been a while since anyone sent me a screener (besides the horror ones I will never watch), so I was pretty excited when I got this one in my inbox.

Radio Dreams is a film about an Iranian immigrant in San Francisco. He runs a Farsi radio station and the whole film takes place in one day, wherein he's arranged for Kabul Dreams, the first rock band from Afghanistan, to meet with Metallica, who have agreed to come to the station to jam. In a long quiet day of will-they-or-won't-they actually show, there's this heavy thread of what it means to pursue the American dream, what it's like to leave an entire life behind, what it's like to never really connect with a new homeland, even when you can't go back to where you're from. It's heavy but not particularly weepy with some sparks of humor for levity. I definitely enjoyed it and it's getting a lot of critical praise and awards at film festivals across the world. Check out the trailer here.  (Note: The film is mostly subtitled in the first half, has mixed subtitles and English through the middle of the film, and finishes in mostly English without subtitles)

(p.s.- If you've never been to Digital Gym, you should definitely check it out. It's not a movie theatre, it's a media and tech center that has a small screening room that can probably fit about 45 people or so. It's very chill and mostly attended by film connoisseurs, so you're not gonna have people chatting or texting or otherwise ruining your film experience. They also offer awesome film and digital summer camps for kids which Nova attended last year.)

Email ThisBlogThis!Share to TwitterShare to FacebookShare to Pinterest
Labels: tv, what i'm watching