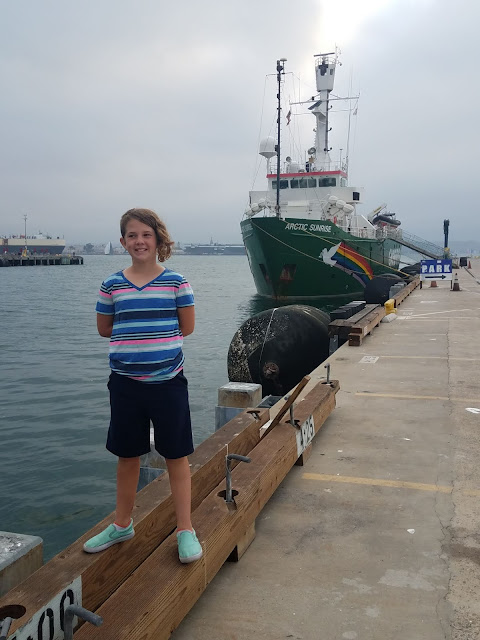 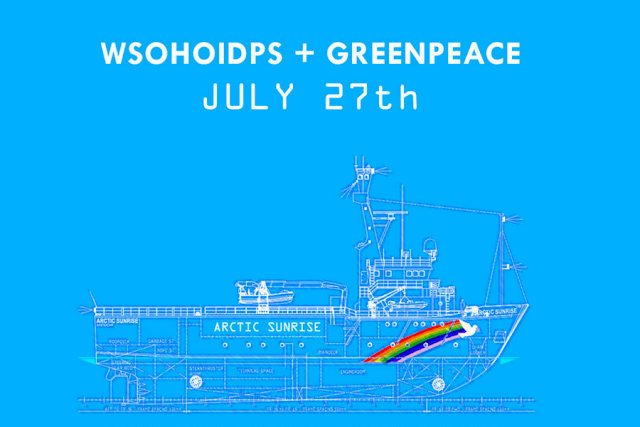 Greenpeace Vessel Arctic Sunrise is currently docked in San Diego, and in addition to free weekend tours, on Friday night they've joined forces with A Ship In the Woods for a family friendly happy hour (complimentary beer for 21+). If you're interested, you should pre-register/RSVP here: http://bit.ly/2Lcubob

I have to add that Nova and I were able to go on the ship on Wednesday night for a climate-focused film screening (which was depressing af about California's onshore drilling), but being on the boat was pretty cool. I've been on harbor cruises and navy ships, but I've never been on a NGO icebreaker and it's pretty cool. (Incidentally, Sea Shepherd is here, too, and also offering free tours this weekend.) 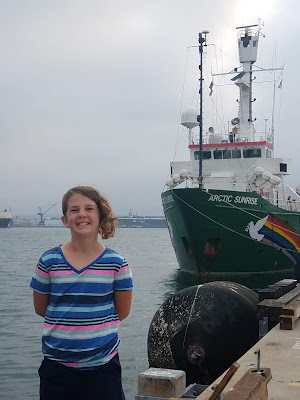 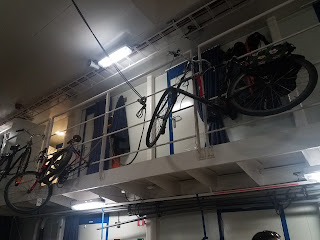 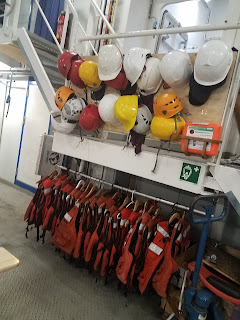 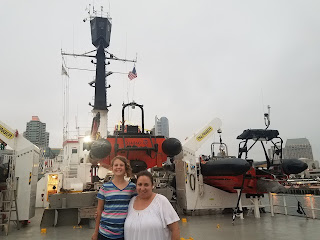 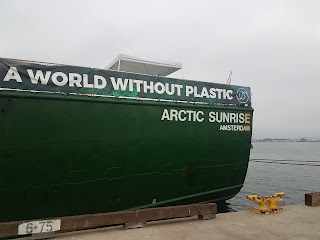 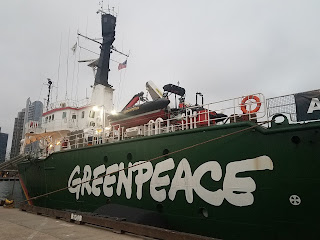 more info after the jump


A SHIP IN THE WOODS + GREENPEACE will be co-hosting an art event on Greenpeace's Arctic Sunrise in support of their Million Acts of Blue initiative for a plastic free future. Featuring Artist Ingram Ober. Live DJ sets.

From Ingram Ober the artist:

As a kid in the late 70’s and 80’s my mom taught my brother and I about social activism through our Greenpeace initiated boycotts.  As a teenager, I had a poster of The Rainbow Warrior on my wall, and headed off to college to receive my Marine Biology Degree and Captain's license so that I could one day pilot that vessel.  Half a life time later I find myself offered the opportunity to present my artwork and collaborate with A Ship In the Woods to create a community engagement event on board the Arctic Sunrise, I could not have been more excited.  For this event I plan to exhibit some of the the work that I have done highlighting the problems of ocean plastics.  Works on view will include my “50 Grams” video in which I eat 50 grams of single use plastic packaging in solidarity with Northern Fulmar sea birds, imagery from my "Blue Century” performance work previously exhibited through the Fleet Science Center, and new work based one my playful/dark interpretation of the post ocean plastic fossil record with my cast concrete “Plastic Fish Fossils,” and hopefully a couple of surprises.

From RJ Brooks:
Our friends at Greenpeace invited us to co-host an art event on Greenpeace's Arctic Sunrise ship in support of their Million Acts of Blue initiative for a plastics free future.  The ship will be in port in the San Diego harbor throughout the week.   We are pleased to feature local artist and Greenpeace supporter Ingram Ober along with live DJ sets by Scott Travis Johnston and Alejandra Frank.


A Ship In The Woods is a non-profit incubator working to engage the community through elevated dialogues in art, science, music, new media and culture based in Southern California. Greenpeace is hosting a unique interactive art event in collaboration with A Ship In The Woods on board our marine vessel, the Arctic Sunrise.

A SHIP IN THE WOODS has always been a supporter of environmental activism, bringing attention to new ecological solutions and discussions through art.  Our inaugural music festival this past June showcased several eco artists and we've partnered with various local environmental groups like the San Dieguito River Valley Conservancy Group.  We are excited to work with our friends at Greenpeace highlighting one of our favorite local San Diego based artists, Ingram Ober, whose body of work has been inspired by such social activism.  - RJ BROOKS, cofounder, A SHIP IN THE WOODS
Posted by Rosemary Bystrak at Thursday, July 26, 2018