I have an unpublished blog post that I've been stewing on for a couple months now, titled "Bikes & Scooters Aren't Assholes, People Are" where I've been aggregating a few dozen articles, links, rants, and screenshots of people bitching and complaining about Bike Share and Scooter Share. But the reality is that my opinions are vastly unpopular and I didn't want to thrust myself into that sort of shitstorm, where everyone yells at me IN ALL CAPS online and tells me to die and gets all mansplainy on me (for an example, look at my responses to my tweet about Bird scooters @sddialedin). So I thought I would just share this for now, and maybe when everyone's panties aren't all in a bunch and we can talk civilly about sharing the road with all users, even the asshole ones, then I'll get back to that other post.
Since Comic-Con is here and everyone is using these things (today I used an OFO to get from one event to another), and since I met a Safety Ambassador from Bird who told me a ticket for riding on the sidewalk is $400 and $1000 for riding tandem, I wanted to at least finally share these informational digital leaflets that were distributed by the Downtown San Diego Partnership. 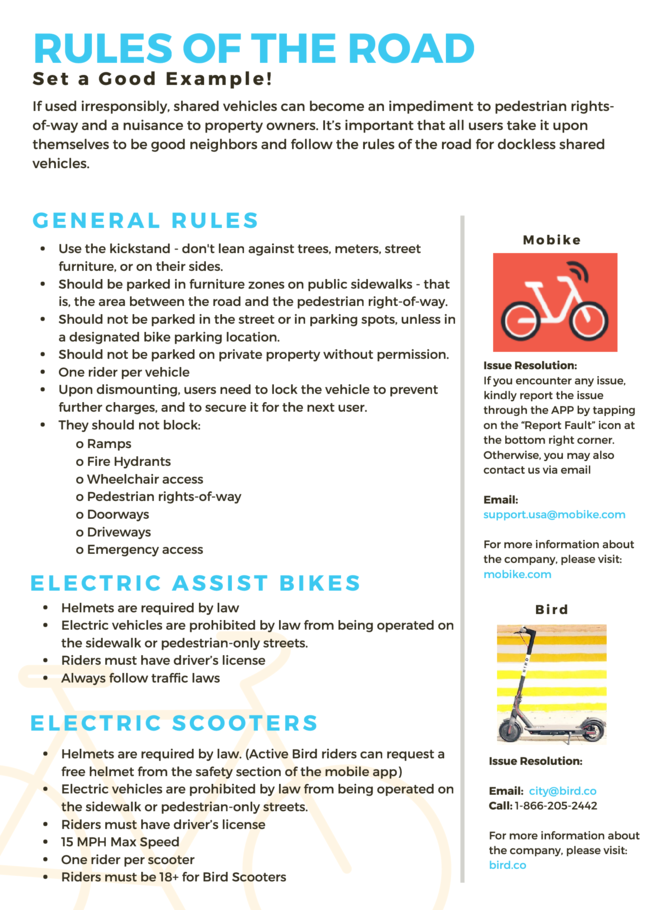 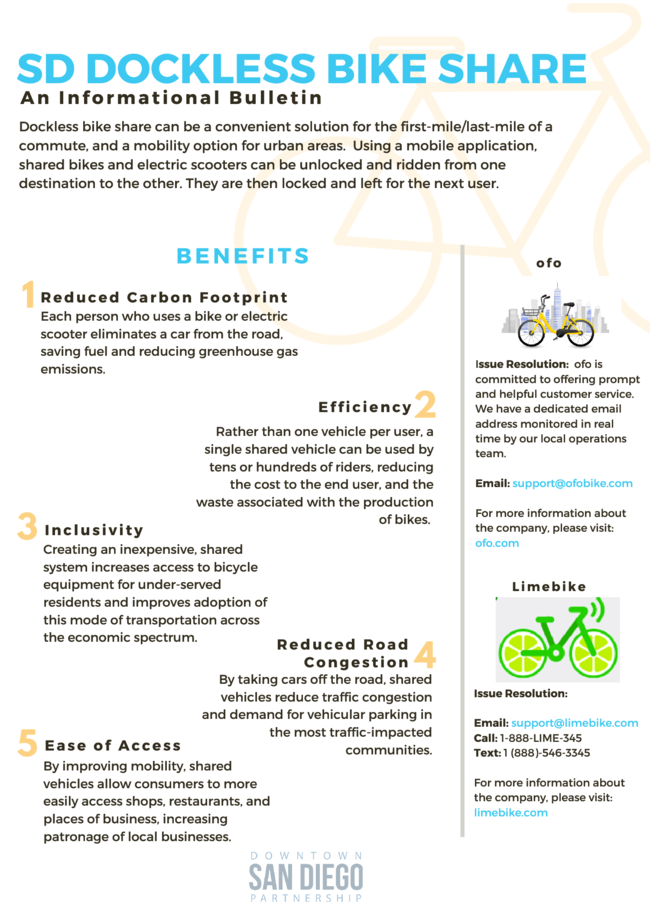 Normally I love feedback, but in this case, I really do not give one shit about what you think about this issue, so save your comments for your own social media.