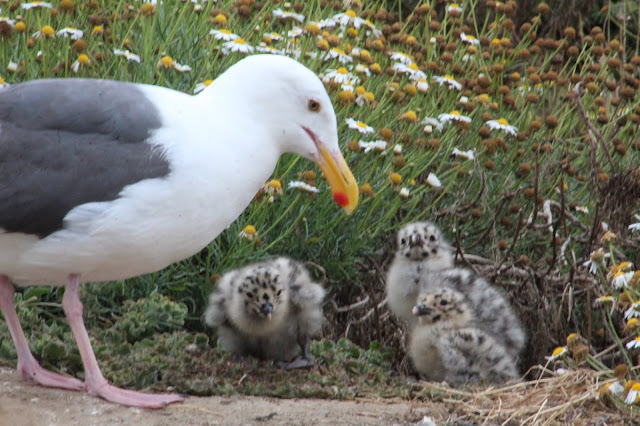 I had kind of a weird week. I had gone to that Lemonheads show a couple Saturdays ago and went out after and nothing was out of the ordinary. I went to a Memorial Day Party, and then on Memorial Day we went to Safari Park, and then late that night, my body just quit. I got super sick and still had to work and I was miserable. I couldn't sleep because I couldn't breathe at night, and I was downing fluids, allergy pills, CBD, cold medicine, hot tea, honey, and anything else that I thought might work. I even motivated to make my own homemade chicken soup. So I didn't do much of anything. I took Nova to soccer on Wednesday which meant I still got some fresh air at La Jolla Cove with my sea lions, but that was kinda it. I also slept. A lot. By Friday I was feeling much better and worked at The Irenic for the Gnash show, and Saturday Nova had a little soccer tournament, but I was still relatively reclusive. On Sunday morning, Nova and I decided to walk part of the Rock n Roll Marathon course and ended up walking to the Zoo, and Sunday I decided to do the listings so I could carve out my Monday for the Wonderfront announcement event. They had these amazing blackberry margaritas and I realized I hadn't had an adult beverage since The Lemonheads show 8 days prior. Woah. So I promise I will get back out. I can't remember the last time I went more than a week without a show (or a drink, let's be honest.) So this week I'm gonna get out a little more. I'm hoping to make at least one of the Toad shows, am working on a photo pass to FJM, and will probably check out Sebadoh. In the meantime, have you ever seen seagull chicks??? I hadn't until Monday, when Darren and I went to the Cove during Nova's soccer, so here's to the beach-bag-opening, Dorito-and-Cheeto-stealing gulls of the future. I worked my ass off to update the music venue page (still a dozen or more to add), so check it out, and full listings are after the jump.