Wonderfront Music & Arts Festival is coming to San Diego's waterfront November 22-24, 2019. The festival is being billed as "a 7+ stage, 80+ band, 3-day music, culinary, and arts festival throughout downtown San Diego, spread across the various parks and piers along the Port of San Diego, from South Embarcadero up to Broadway Pier."

On Monday, they presented a sweet little media event and live-streamed the announcement, but we've got it in your hot little hands so you don't have to wait. Get info and tickets to the event here: http://wonderfrontfestival.com

Update:
Apparently not all media respected the embargo. This wasn't supposed to be published until 3:30, but people chose to leak it anyway. The Wonderfront site appears to have crashed before the announcement event but appears to be back up and running now. You can also follow them on Instagram, Facebook, and Twitter for updates. 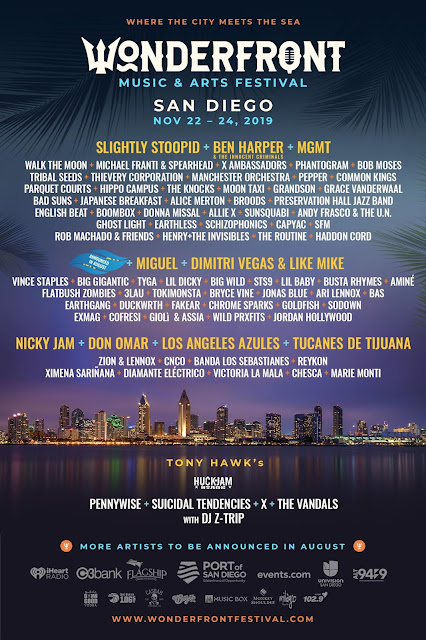