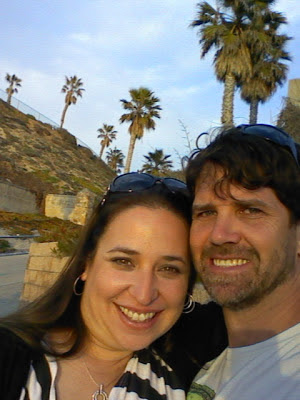 I've started this diary post about 6 different times, and in that time, over a month has elapsed since my last post. I don't really know what my obsession is with even writing these things...perhaps to clear my head, perhaps to gain perspective, perhaps to assess and appreciate all that I have, but I can't shake them and feel compelled to write them. It was a really great month and it feels pretty awesome to have eliminated the word "rollercoaster" from my posts of just a year ago (codeword for depression). Today is Darren's birthday, and forgive me for being a girl for a second, but I love this man so deeply and have never been in such awe of another human being. That he loves me back with equal regard just blows my mind every day. That said, we are planning on joining the San Diego River Rescue team this morning for some river cleanup, and later after a few Wednesday obligations, I can't wait to kick off another #24HourDate. My gushy diary is after the jump.

I don't need to go too into depth with a lot of the month, since a lot of it I've already mentioned. If I break down my life, it can pretty much be summed up in categories: Darren time, Shows, Family, and Work.

WORK: Just to be clear, while it might seem I'm out playing all the time, I work hard and I work a lot of hours, they just happen to usually fall overnight because I don't want to miss a thing during the day or night and I'm always tethered to a device 24/7. The Casbah has been keeping me pretty busy of course, and we'll be rolling out a newsletter in March or April. We are in the planning/booking phase of the North Park Festival of Arts so I've got an idea of my lineup but am still accepting submissions. I still write for SoundDiego everyday and I did another interview for the TV show this month, so you can see me on the show THIS SATURDAY NIGHT interviewing Ra Ra Riot. And of course, SD Dialed In is just the little blog that keeps on truckin. This month I updated some of the links and venues on the site (added the Void, got rid of 4th & B & Anthology, updated Dizzy's, etc.) I also added some buttons for Uber and Goldstar. Every time someone signs up for either, I get a credit, so think of it as donating to my site with someone else's money and sign up for both already! I also started a bi-weekly babysitting gig, watching my friend Melanie's son, Zane. Oh, and as far as the Casbah goes, this week I added a grip of new shows, some being part of "Localchella" so be sure to check the site regularly. We have a lot of tickets all going on sale Friday at 10am, so take  your pick and be ready to buy.

SHOWS: This month I went to fewer shows than usual. Part of that was because Darren's taxi was knocked out of service for a week, so we had a bunch of things to take care of, part of it was because I had family in town for a week, and part of it was because a lot of my nighttime exploration this month was in the hood when there weren't any bands playing. Still, I think I took in some great ones this month. I'll try and get video up of What Made Milwaukee Famous, Transfer and Man Without Country before too long.
1/25 Quicksand, Title Fight @ HoB;  1/27 Ken Stringfellow @ Soda Bar; 1/31 Nashville Pussy, Low Volts (merch) @ Casbah; 2/1 The Bronx (merch), Ghetto Blaster, Teenage Burritos, Phantoms @ Casbah; 2/3 Benjamin Francis Leftwich @ Soda Bar; 2/4 Sir Sly, Kitten, Frank and Derol @ Casbah; 2/7 Gayle Skidmore (EP release), Goldenboy @ Casbah; 2/8 What Made Milwaukee Famous @ Soda Bar; 2/9 Swim Party, Sleep Lady @ Soda Bar; 2/11 Sir Sly, Miner, Moxi @ Casbah; 2/13 sddialedin show with The Peripherals, Burning Jet Black, Kelsea Rae Little @ Casbah; 2/15 Ra Ra Riot, Pacific Air, Cayucas @ Belly Up, Transfer @ Casbah; 2/16 The Heavy Guilt, Michael McGraw and the Butchers @ Soda Bar; 2/19 Night Beds, John Meeks @ Casbah; 2/21 Privet @ The Void; 2/22 River City, North Country, Gary Hankins @ Tin Can, Ugly Boogie @ Casbah; 2/23 Allah-Las, Tomorrow's Tulips, Barbarian, New Mexico @ Casbah; 2/24 Ramona Falls, social Studies, Inspired and the Sleep @ Ken Club; 2/25 Sir Sly, Bear Mountain, Man Without Country @ Casbah; 2/26 Grant Lee Phillips, Gayle Skidmore @ The Little Room at Largo (LA) 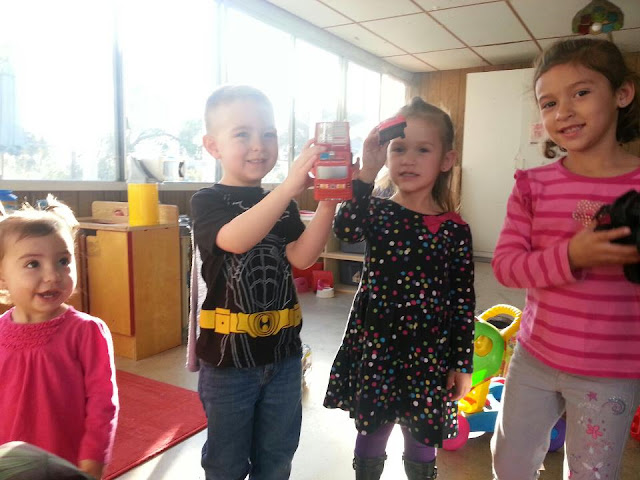 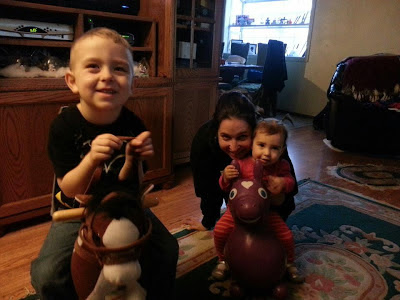 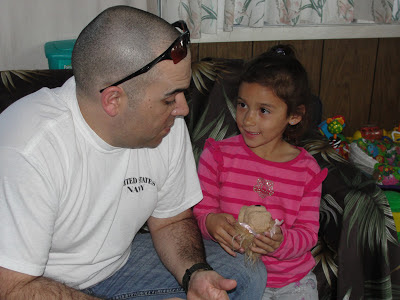 FAMILY: I am lucky that I have a great relationship with my family and that they mostly live closeby, but this month, it was even cooler because my brother and sister-in-law visited from Rhode Island, bringing my nephew Gabe, and my niece, Gia, along with them. It's really cool to see all four cousins get to hang out together and my brother just got new orders and will be moving to San Diego in a few months, so all the Bystraks will be back together in the same city for the first time since I was in college. Sadly, my smaller camera broke this month (as did my Google Nexus, because I eventually break everything I touch), so I didn't get many good photos of all the kiddos together, but I look forward to when everyone can spend some time together. This month included some fun days at a few parks, at Old Town, and at our parents' house. One of my favorite moments was when we were all at my mom's and the kids were playing in the room. Gabriel comes running out and says to my brother, "can you tell the girl (Johanna) to stop telling me how to dance?" After we told him to tell her to back off, he goes to the room. 2 minutes later, Johanna coyly meanders up to my brother. "Um, can you please teach Gabriel how to dance cool?" 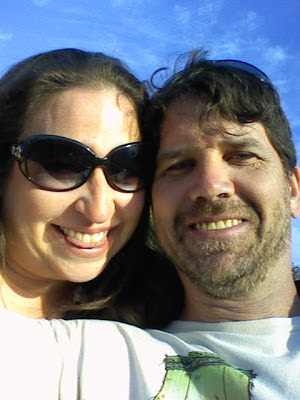 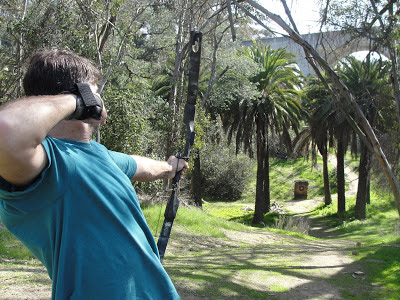 DARREN: So it's probably a little annoying to read about, but everything with Darren is always an adventure and brings fulfillment that I didn't even know I was missing in my life. We had some epic bike rides this month, like the night we rode bikes through Normal Heights, Uni Heights, Balboa Park,  the Embarcadero, caught the ferry to Coronado, and rode to the tennis center to hit some balls or another day when we meandered through the hoods and he showed me all these cool San Diego landmarks that I didn't even know existed. The out of service cab was a little stressful, but gave us a lot of time while it was in the shop to do fun things we don't always get to do. We've still been playing a lot of table tennis and spent Valentine's Day at the Balboa Park archery course, but this month was dominated by tennis and I can't even tell you how good it feels to be back on the court after a decade of my racquets gathering dust, and getting to teach Nova how to play, too.  It would seem I should be getting in great shape with all of this stuff, but we eat a lot, too. Minh Ky and 777 Noodle House, Riki Sushi, Ponce's, Sicilian Thing are all regular spots for us, and I cook a lot when we're home together and he cooks some pretty stellar meals when I'm over hanging with him and Nova. I've also mentioned that I'm kind of addicted to City TV, so it feels great to participate in the city in a larger perspective. I've been pretty much watching every City Council meeting on TV, we have been regularly going on San Diego River Cleanups, and the A Better San Diego Breakfast about the future of Transit in San Diego was particularly interesting a couple weeks ago.  Aside from all of that, some highlights this month included a day at the Reuben H Fleet, the night it "snowed" in North Park, a SuperBowl Sunday bike/pub crawl, and hanging out around Solana Beach after my Ra Ra Riot interview. I'm pretty positive today is going to be pretty awesome, too, so I better get to it.

till next time, xoxo.
Posted by Rosemary Bystrak at Wednesday, February 27, 2013