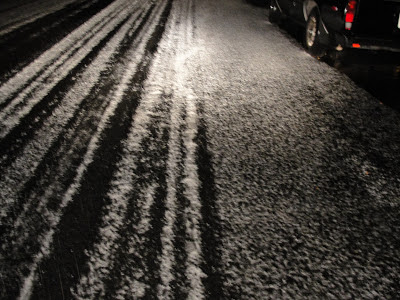 I've lived in San Diego all my life and have never seen the streets as they were last night. Did you see that hail actually stick to the ground and look like snow? Bancroft was completely iced out and other streets had rain from corner to corner. Of course, it's nothing compared the the blizzard that hit my brother and sister-in-law in Rhode Island and today is quite beautiful out, so our afternoon bike ride is just on a quick pause to update listings while Darren walks Pascha. Mostly I just wanted to let you know that Deadly Birds had to cancel at the Griffin and have been replaced by Dead Feather Moon, so if you're not already planning on seeing Swim Party at Soda Bar, that is certainly a good alternative. There are also plenty of tickets for Gram Rabbit at the Casbah in case you feel like sporting your bunny ears for some high desert rock and psychedelia. Saturday and Sunday listings are after the jump.