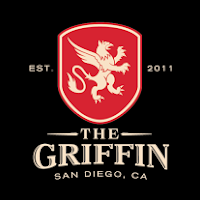 The Casbah Presents welcomes Diego Garcia and Kan Wakan to The Griffin this Sunday. This is the official tour opener and Diego's second appearance in San Diego. Previously he played the swank supper club Anthology (now shuttered) downtown. Throughout that set Diego appeared somewhat overwhelmed by his surroundings. In contrast, The Griffin should be the ideal venue for his personal heartfelt songs to be played. The recently released sophomore full length, Paradise, is a uplifting set of songs about a life filled with love. The Latin influences are felt throughout the album, which has a gentle flow from start to finish.

Listen to Truth Will Ring (courtesy SoundCloud) by Diego Garcia below.

Please be sure to arrive early to catch opener Kan Wakan, a Los Angeles (Silverlake) band formed last year by Gueorgui Linev. Guitarist/producer Peter Potyondy and singer Kristianne Bautista rounded out the initial threesome. Their music has classical roots while adding many dimensions to create a fuller sound. This is due in part to the addition of four members (violin, drummer, keyboard, bass) resulting in a mini orchestral sound if you will. The group just released its first EP, Forever Found, on Verge Records. A full length is due out later in the fall. This is an emerging band poised to etch its footprint in the crowded musical landscape.

Listen to Forever Found (courtesy SoundCloud) by Kan Wakan below.

Tickets for Sunday's show at The Griffin can be purchased here.
Posted by Jeff S at Thursday, October 31, 2013