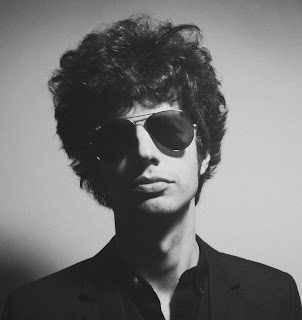 In order to accommodate more artists and their touring schedules, the Casbah is offering an early show this Wednesday featuring Argentine singer Federico Aubele and L.A. quartet Haunted Summer. Aubele plays a down tempo music style, while his music tends to reflect the region where he might be residing at a particular time. Born and raised in Buenos Aires, Federico moved to Berlin, then Barcelona, and now calls Brooklyn home. His music has been labeled as dub, electonica and the like.  He last visited San Diego at the now defunct Anthology, while his first visit was at the Casbah some five years ago. Berlin 13 is the latest album recorded by Aubele. It captures the very active electronica music found in the German capital. Watch a video of Bohemian Rhapsody in Blue from the album below.


Opening the show are L.A. based dream pop band Haunted Summer, led by vocalist Bridgette Moody and guitarist John Seasons. The music tends to be eerie and hypnotic, a perfect combination for this time of year.
Watch a video of All Around from their EP Something in the Water below.

Doors for the show are at 6 pm, tickets can be purchased here.
Posted by Jeff S at Tuesday, October 29, 2013