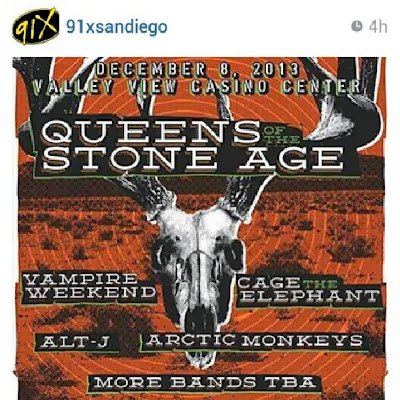 91X has announced another great lineup for this year's Wrex The Halls. They've got presale tickets on now for those of you subscribed to their email list, and general tickets go onsale Saturday at 10am. For more information, check out 91X.com. Any guesses on the last band? I'm going to guess it's Sleigh Bells because it would make sense that they can't be announced until after their show at Block 16 on Saturday, October 19, but that's just my little brain working. Who do you think it will be?

Tickets start at 19.91 excluding fees, on-sale Saturday at 10am
Posted by Rosemary Bystrak at Tuesday, October 08, 2013