Another crazy week in paradise. Work has been so insanely busy, as you'll find out later today as we roll out a ton of shows happening in the week before, between, and after Coachella. In LA, they call it Localchella, but I think we're a little less catchphase-y around here. I got called in to work for Chuck Ragan on Thursday, only to arrive and find out 20 minutes before his set (after being there 3 hours), that his merch was stuck at FedEx. But I had my laptop and I suppose sitting at the merch booth with cocktails and live music beats sitting in my living room while the household sleeps and working to the white noise of the Lifetime Network, so I'm not complaining. On Friday I really wanted to be at the Casbah for SoundDiego Live, but Darren committed us to Saturday morning river cleanup and I couldn't let my family down. So Saturday rolled around and we were up at 5:30 am to canoe the San Diego River Estuary and pick up trash. Afterward, we unloaded our canoe at home, showered, packed our things and drove to Anaheim for NAMM. We ended up getting about 3 hours of walking the floor in, and it was cool that so many instrument manufacturers were cool with Nova tinkering with their instruments, and I'm afraid we've just turned this kid into a future gearhead. From there, we drove to Silver Lake to see my cousin's new house and have dinner, and then we made our way to Teragram Ballroom. The place is an amazing room with great sound, though the lighting & fog machine combo left a lot to be desired. Nova was right up against the stage the whole show and she was definitely a trooper, though the car naps hopefully helped. We lasted the whole show, then I drove us back from LA. No doubt it was a long day, and I pretty much spent the entirety of Sunday preparing for the massive work week ahead. I'm definitely looking forward to David Cross on Tuesday, and I'll be working for Hood Internet on Friday and Mike Gordon on Saturday. Monday through Thursday archives are after the jump. 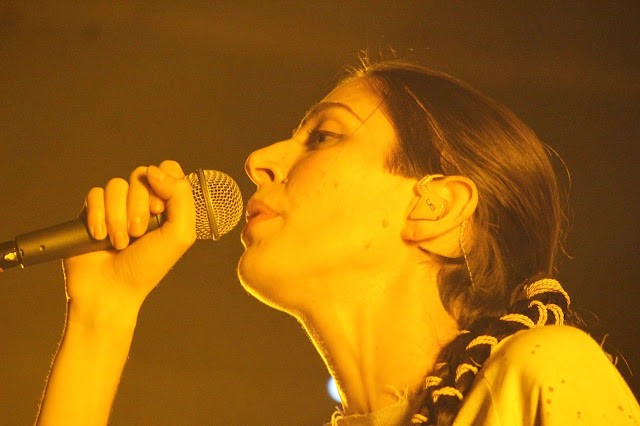