It's Friday and I've once again been up all night trying to get everything ready to go for all of today's onsales...which means lists and posts and links and since right now the Casbah is about to transition to a new site and since DoSD is in the preparation for our public launch, my work is a bit tedious. Darren and I were able to find a last minute sitter (THANK YOU, JULIA!!) so we could see David Cross on Tuesday, and I was stoked to have a photo pass, though my lens isn't quite powerful enough to shoot from the balcony. The rest of my week was nothing but work until Thursday afternoon when I insisted on some sunlight--my first real dose since the river cleanup over the weekend--and it was nice hiking around Oak Canyon in Mission Trails with my little family and our exuberant dog. It's gonna be a busy weekend, as I'm working for Hood Internet tonight and for Mike Gordon tomorrow, and hopefully get out in time to catch Silent Comedy at the Casbah. Lots of good shows, so get out and enjoy. Friday through Sunday archives are after the jump. 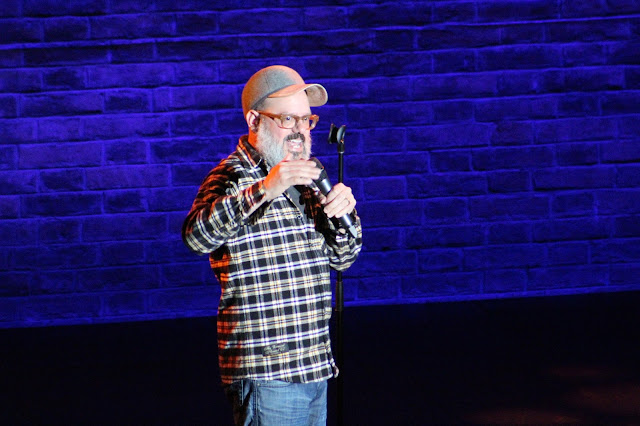