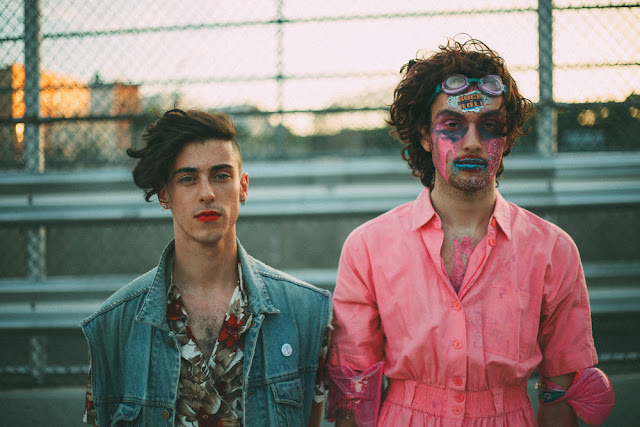 Queer garage punks, PWR BTTM, bring their raucous and glammy live show to the Hideout on Thursday night, January 28th. Best friends, Ben Hopkins and Liv Bruce, met at Bard College in New York where they bonded over a mutual interest in bringing elements of performance and drag artistry to DIY culture. Expect outlandish makeup and costuming, punchy power-pop riffs, and witty (often naughty) banter as they rip through their well received debut album "Ugly Cherries", released last Fall on Miscreant Records. The record sounds like early Weezer or White Stripes, but with lyrics that chronicle the experiences of young, genderqueer party boys. This one's gonna be FUN. Come early for support acts Gone Baby Gone and The End.

Tickets are only $10 and not at risk for sell out, so save on service charges and just pay at the door.
Check them out on Facebook and Bandcamp