Video: The Donkeys Unveil "Hurt Somebody" 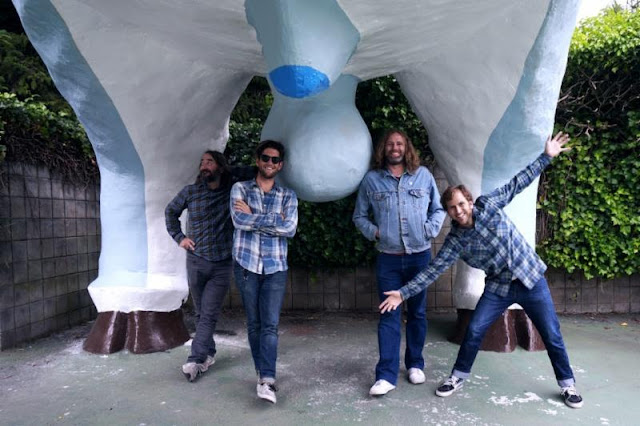 It has been a long time since I posted a video release, but I kinda love this one, and since it's by our hometown buddies, The Donkeys, I thought I'd share. This is "Hurt Somebody", off their forthcoming EP, Midnight Palms (Is that the opposite of Midnight Pine?), which is out on February 12. They're actually playing the night before--February 11--at Soda Bar, and you can probably get your hands on the EP a night early. Tickets for that show are available here, and you can pre-order the EP on iTunes.

Tracked largely live-in-the-studio with veteran producer, longtime friend, and fellow traveler Thom Monahan (Vetiver, Fruit Bats, Devendra Banhart), Midnight Palms was recorded at the end of one of the bands blitzkrieg road runs (which might see the band playing as many as 28 shows in 29 days).  The collection's lived-in live feel should surprise few.

The core founding trio of Tim Denardo, Anthony Lukens, and Sam Sprague drive the proceedings.  The fourth Donkey on Midnight Palms is The Hold Steady's Steve Selvidge, stepping in after the (amiable) departure of long-time guitarist Jesse Gulati.  Selvidge hopped on stage with the Donkeys during a show in TX and would end up joining the band for a fair number of those 150 RTBW shows. His pointed, tasteful leads are peppered throughout Midnight Palms.

"The Donkeys are a Californian band through and through. There's no escaping it. A four-piece from San Diego, they've spent the past few years developing a close relationship to distinctly homegrown source materials, bridging the gap between the Byrds, Flying Burrito Brothers, Buffalo Springfield, and the Grateful Dead."-  - Pitchfork

"Over the course of The Donkeys' more-than-a-decade-long career, the band has fallen into that special sort of Southern Californian sway. Percussive drum strokes sound like rustling palm fronds on Donkeys songs, and random psychedelic freak outs seem like the sonic equivalent of aimless driving through the Hollywood Hills.”  - Paste
Posted by Rosemary Bystrak at Friday, January 29, 2016