Why can't the weekend last a little longer? I'm not quite ready for Monday. This weekend was really nice. On Friday night, I caught Andrew Bird at Music Box then Night Moves at the Casbah. On Saturday I dragged Darren and Nova to Balboa Park for the San Diego Zoo 100 Year Anniversary Celebration. It was bittersweet, because it was a really cool celebration, but also a reminder of how bad our City blew the 100 year Balboa Park celebrations of 2015 that never came to be. On Sunday, we had Nova's friend's birthday party in La Mesa and after decided to hit the outlets at Viejas to get Nova some new Vans. I'm not quite ready for another week of work, but I'm excited for some amazing shows this week, including Local Natives, Damien Jurado, Frightened Rabbit, and Nada Surf. It's gonna be busy all week long, Monday and Tuesday archives are after the jump. 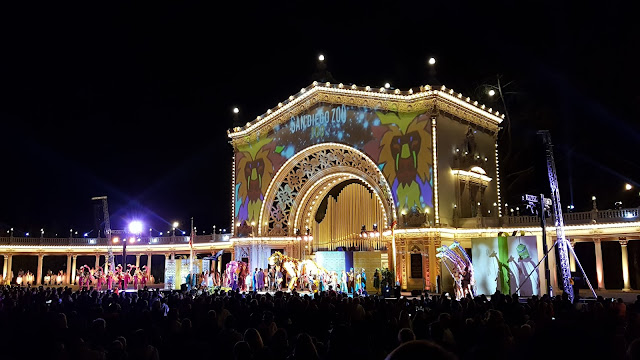 Email ThisBlogThis!Share to TwitterShare to FacebookShare to Pinterest
Labels: live music, san diego, san diego music blog, things to do, things to do in san diego