I am down for the count. I was home most of the weekend and have an appointment scheduled today, but it totally sucks. Because while it would seem that when something knocks you out enough to keep you home, it would be a good chance to catch up on work, but the reality is that when you're under the weather or in pain, the last thing you want to do is sit with a laptop and focus on a bunch of work nonsense. So hopefully I'm back in the game soon, but I will say I enjoyed keeping our Mother's Day tradition alive at Gator By The Bay, even if I pretty much laid on a beach blanket under an umbrella drinking water the whole time. I kinda wish I could lay down at all shows sometimes. So this pic is from Darren of my cousin, my sister, my mom and I. Maybe you can tell I felt like shit. But I'm sure I'll be back to my normal self soon enough. Till then, Monday through Thursday archives are after the jump. 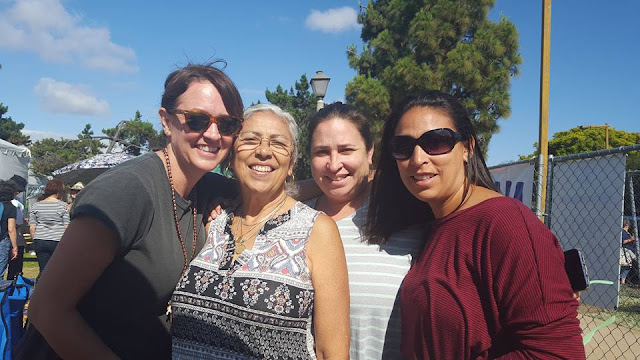