Another 'field trip' I treated myself to was at the San Diego Zoo Safari Park last Tuesday. I got an email that Joanne the gorilla had turned 5 years old and they were having a birthday party for her.

Joanne—named in honor of Joanne Warren, the first chairwoman of the Foundation of San Diego Zoo Global—was born March 12, 2014 at the Safari Park’s Paul Harter Veterinary Hospital. Due to complications during mother Imani’s labor, she was born via a rare emergency C-section. Joanne spent 11 days in the hospital before being reunited with her mother and the other members of her gorilla troop. Since then, she’s made a full recovery and can be seen interacting with 2-year-old Leslie and 7-year-old Monroe on a daily basis.
Safari Park animal care staff said now that she is a juvenile, Joanne will have a new job to do. She must learn her new role and how she fits into the troop’s social dynamics.
“Each gorilla’s status in the troop is an important one, for a variety of reasons,” said Peggy Sexton, lead mammal keeper at the San Diego Zoo Safari Park. “Whereas infants can get away with anything, juveniles are held to a higher standard.” 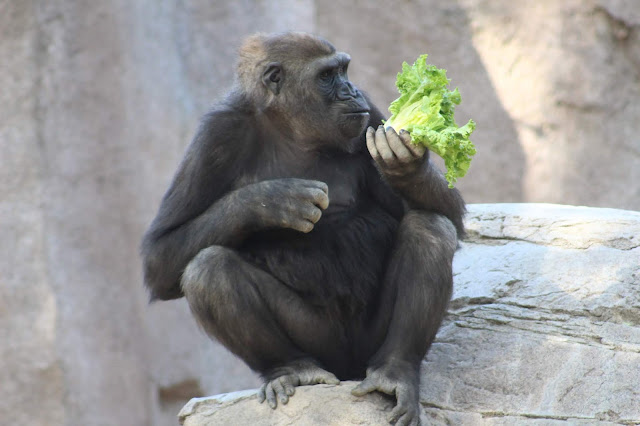 The gorillas were super active as they opened boxes and bags, tore down decorations, hunted for peanut butter treats and other snacks, and played with their ice cake full of fruits and vegetables. We usually do afternoons at Safari Park, but I have to say going in the mroning was pretty fun, even though we had to dodge a thousand strollers and school field trips. There are a ton of babies at the park right now if you haven't been in awhile, and over the weekend, Butterfly Jungle opened and runs through Sunday, May 12, so there are lots of reasons to renew your annual membership and get to the park. 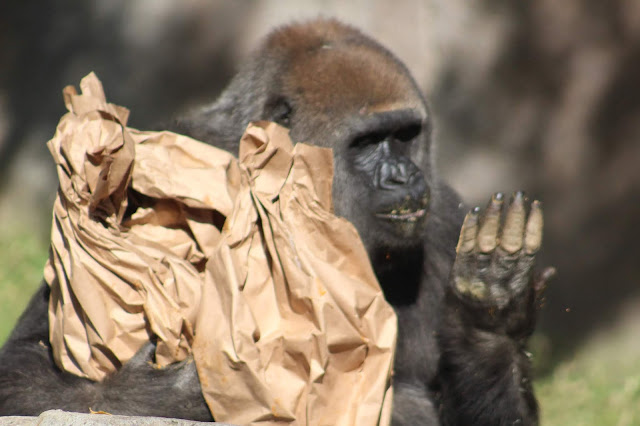 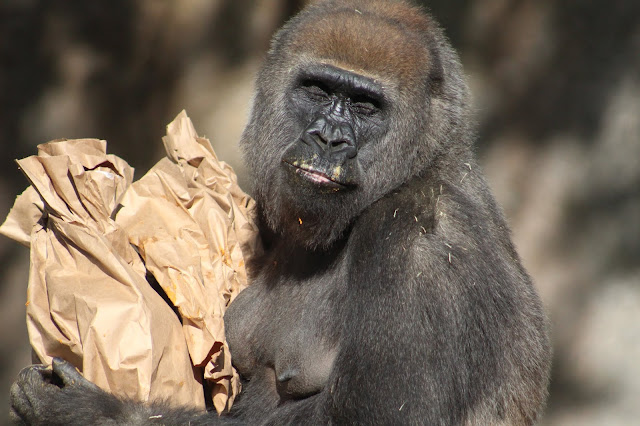 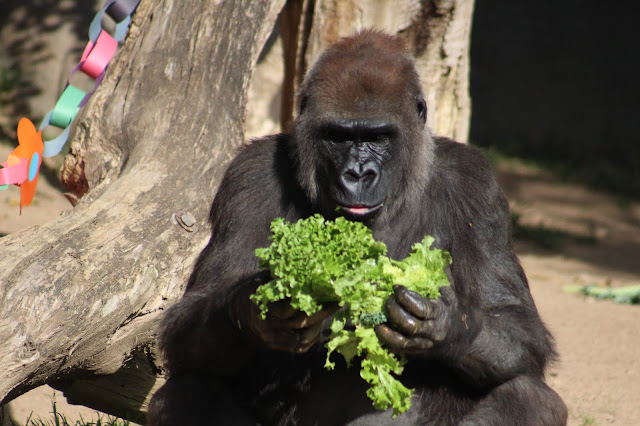 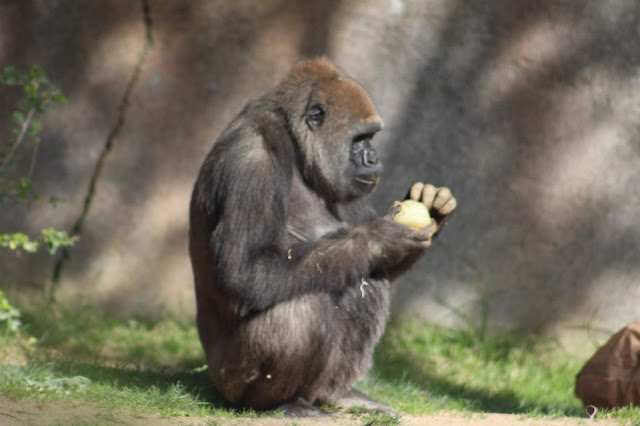 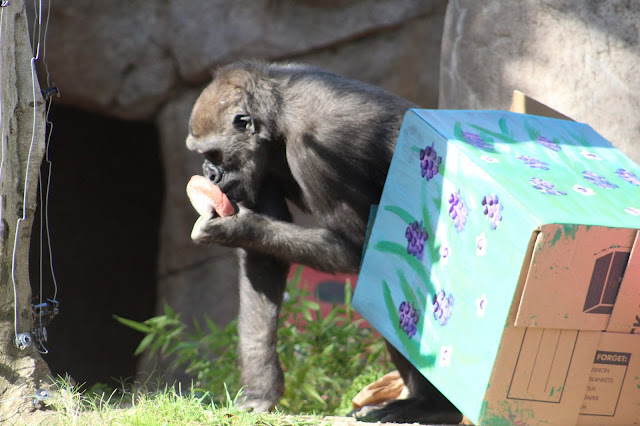 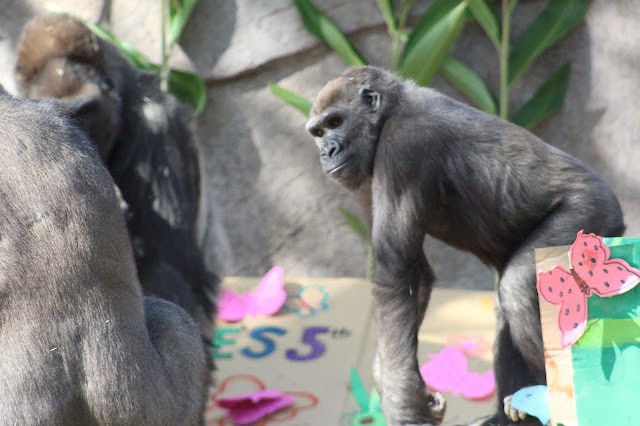 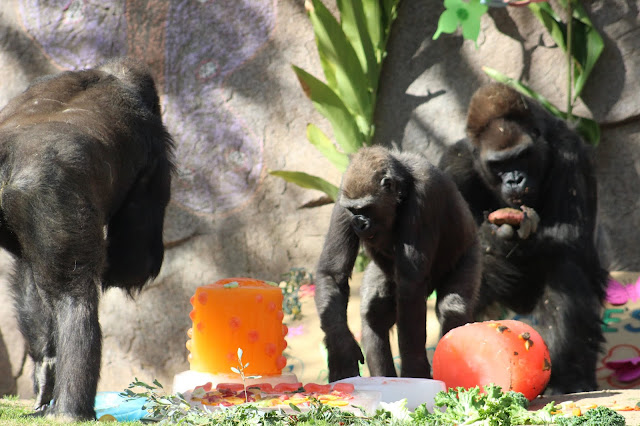 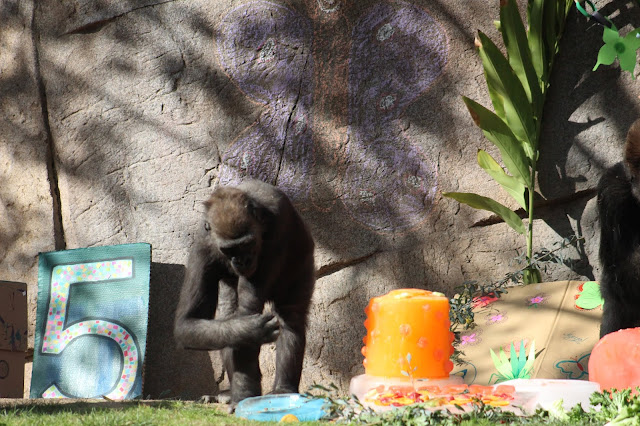 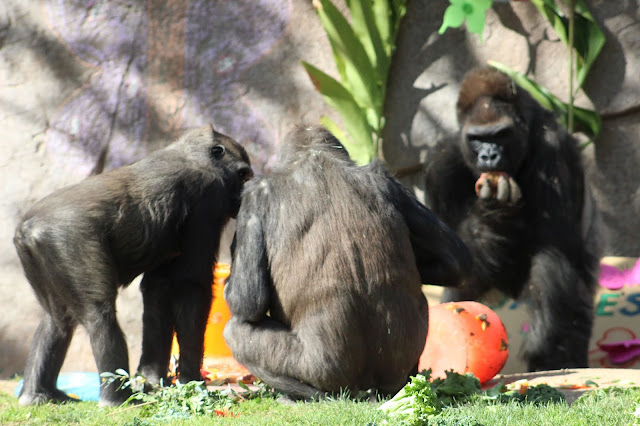 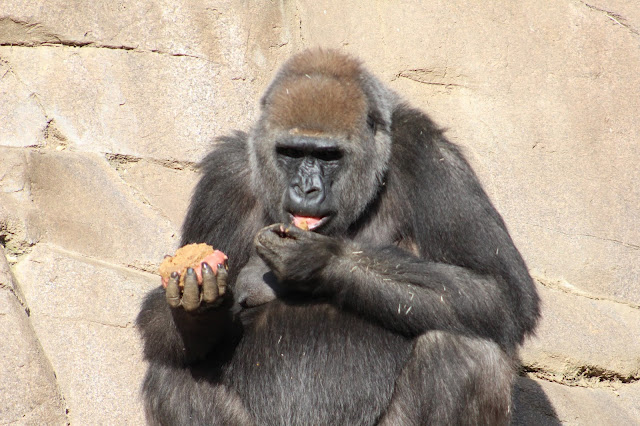 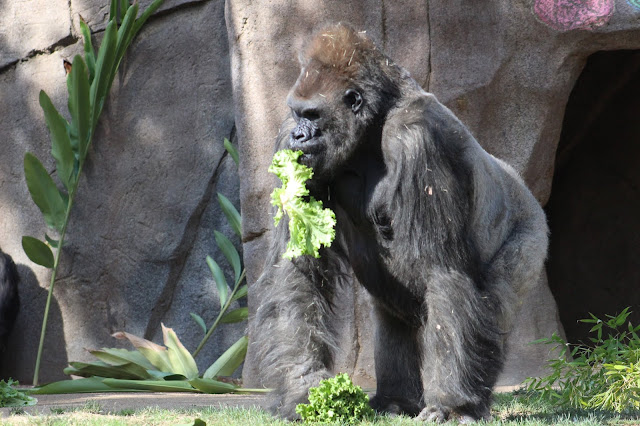 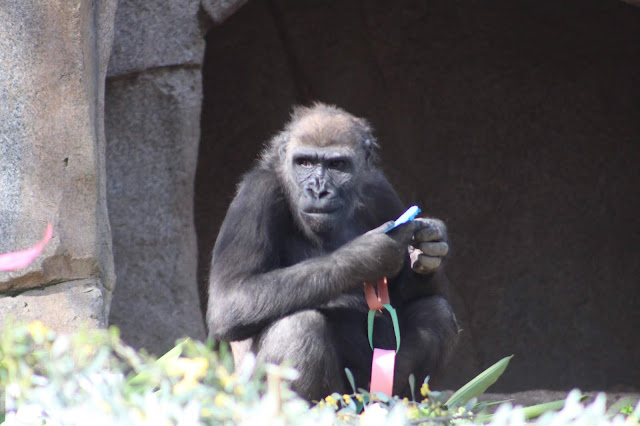 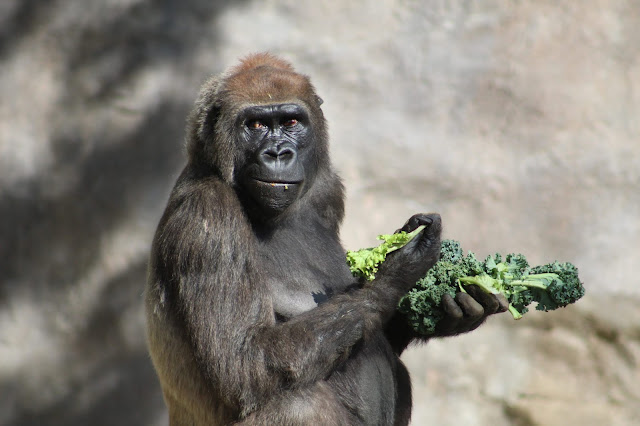