A week ago, the House of Blues was host to a sold out show with Aussie headliners, The Temper Trap, and locally originated band, The Crocodiles, who were openers for the entire tour. This was my third or fourth time seeing The Temper Trap and I don't know what to say about them. Seeing them is like a soft-serve ice cream cone- not the most amazing or epic thing you've ever had in your life, your life isn't going to change because of it, but it's pleasurable and enjoyable while you have it. The sold out venue of screaming girls and head bobbing bros probably feel otherwise. The show felt way oversold (which seems to happen when the capacity of the Delta Room is included in the ticket count), so I spent most of the show in the Delta Room on a couch. My friend Scott wrote a pretty on-point review on his site, though I disagree that The Temper Trap is the "Australian Snow Patrol" but that's just because I'm defensive about Snow Patrol. I had a photo pass that night, but my photos are just horrendous, so instead, here are Nate VanDerMeulen's, though I will post one of my photos of the setlist just so you can see what they played (albeit blurry, too). I will say that "Need Your Love", the lead single of their self-titled sophomore album, is a pretty great song and being in the photo pit, I really got to appreciate how amazing the guitarist and bassist are in the big picture. The video is at the bottom of this post. The rest of Nate's photos after the jump. 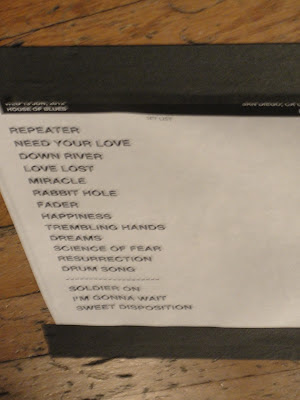 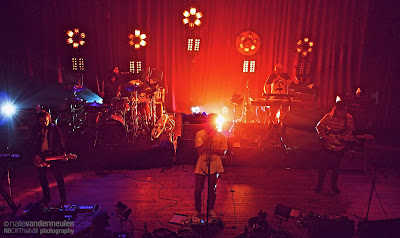 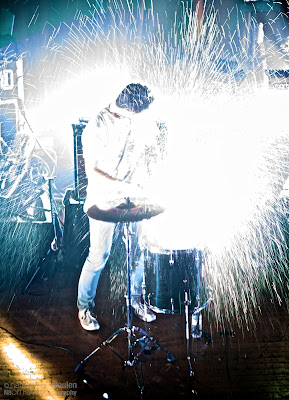 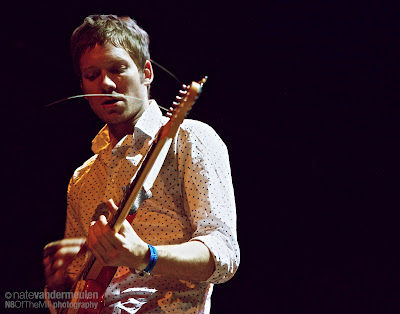 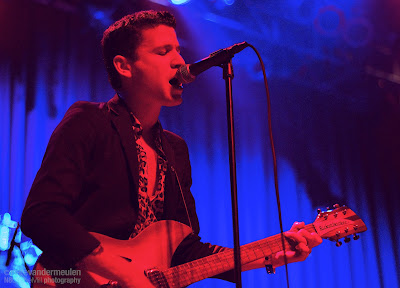 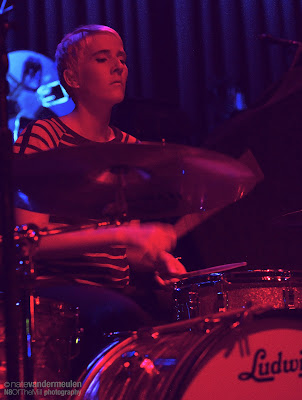 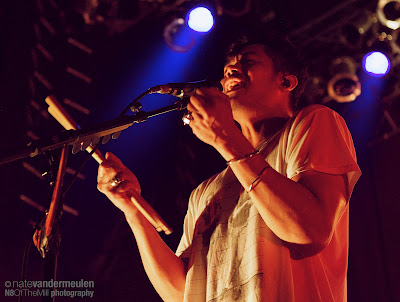 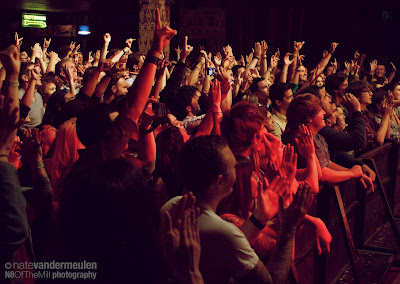 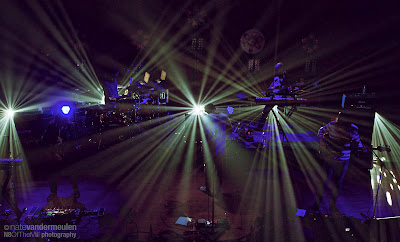 Couldn't agree more, Rosie, about Temper Trap being nothing special. I was also there on Wednesday because my girlfriend wanted to see them. I'd seen them about a year ago at Belly Up and was unimpressed. I think their "Conditions" album is very good, but I am very turned off by their stage presence. In any case, I know that you take a lot of movies of bands live; does your camera not do as well with low light photos?

My camera is just a point and shoot digital camera. You may have noticed a lot less photos because it doesn't read LED lights very well and that is the new standard at most venues like The Casbah, Soda Bar, and the Griffin. On this night, Crocs had their standard low light and it was either all blue or all red most of the time. My TT shoots aren't terrible, but Nate does a helluva better job with pro gear. I tend to not shoot video at HoB most of the time with very few exceptions.

Are you saying that The Temper Trap doesn't measure up to Snow Patrol? More like an Australian Keane, then?

Ahh, I didn't realize that Casbah and Soda Bar now have different lights. I'm in the market now for a new point and shoot and a camera that can do passably well in low light conditions, like at the Casbah is important...but from my research, it appears beggars can't be choosers!