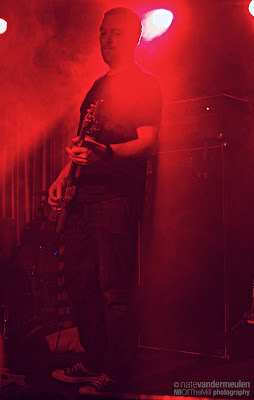 Guitar-driven rock, pedal distortion and a healthy dose of volume were in abundance a week ago Sunday at the Belly Up as Chad Van Gaalen and his three-piece indie rock act played opener for Scottish post-rock dynamo Mogwai.  More words and photos below.

Calgary, Alberta- based Chad Van Gaalen has drawn a slowly building amount of buzz of late, mainly resulting from the recently released LP Diaper Island and their developing stage presence (though continuing to tour with acts like their Sub Pop brethren Mogwai is sure to help them garner some attention).  That is just so happened to be the touring guitarist's birthday added a bit of levity to a show that proved to be a good warmup for the eardrums in advance of Mogwai's impending wall of sound. 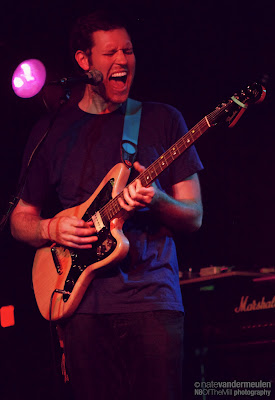 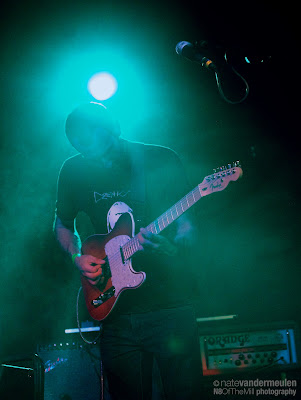 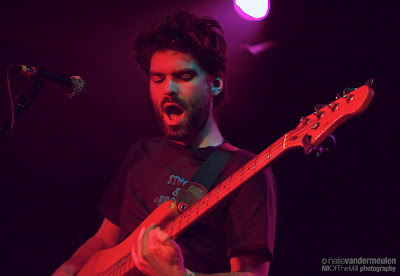 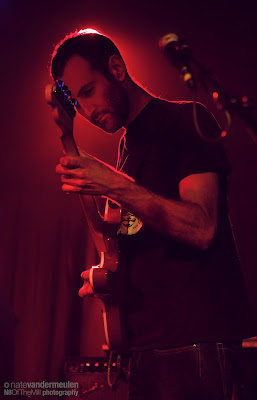 Glaswegian five piece Mogwai have established themselves as one of the standard bearers of the instrumental-heavy post rock sound over their past seven years, which apparently have been evenly split between aggressive touring and studio time.  If you haven't seen them live before, know that earplugs are a necessity to defend yourself from the four sets of Marshall stacks that are omnipresent and locked in at 11 on whatever stage they find themselves.  Sunday's set was no different- though occasionally marred by technical difficulties, the band powered through nearly two hours of their distinct brand of heavily layered sound that, while it varies from soothing and melodic to distorted and overpowering, results in a forcefully entertaining show. 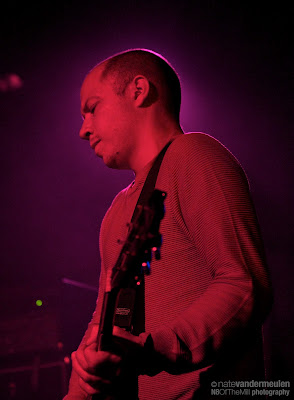 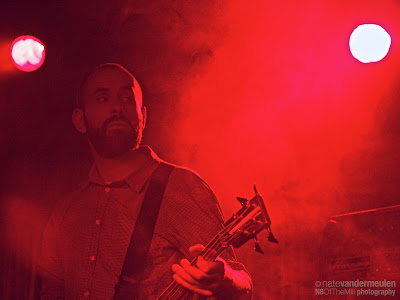 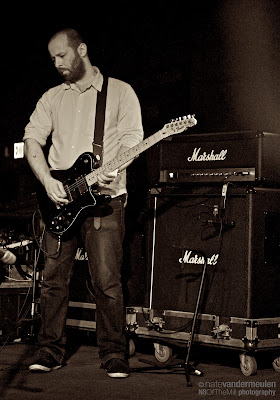 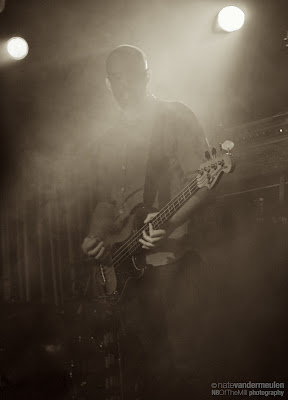