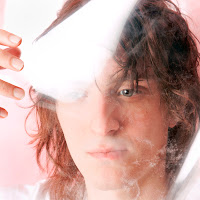 At the tender young age of 22, Luke Rathborne has been producing music since he was 16. He has that certain DIY ethic usually found in artists much older. This has only enabled him to carve a path into the independent musical landscape on his own terms. Rathborne's soon to be released full length, SOFT, is filled with songs that seem to be simple, but reveal much more upon closer examination. In his own words "We're all reaching for something, and art helps people deal with those things. I hope people realize the album is about something deeper than what's on the surface. It's a record about hope and redemption and energy and possibility. And hopefully, it can be a record about people's lives."

For those unfamiliar with his music, Rathborne (first name dropped for performing) will be opening for Scottish pop artist and fan favorite Travis at the House of Blues on Sunday, October 6. Tickets can be purchased here.

Listen to Rathborne's album SOFT (courtesy of SoundCloud) below.