Do You Know The Vaccines? 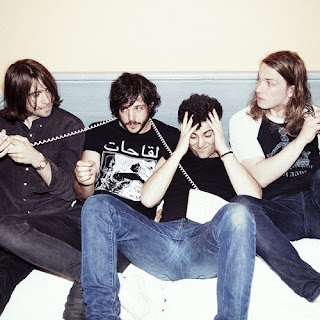 If you follow the music scene in San Diego (yes, there is one) you might have noticed The Vaccines are playing their first local show here on September 21. Couple that with the designated venue being the Casbah and you have the recipe for what promises to be one killer show. Since forming in London back in 2010, the indie rock quartet with an edge have released two full length albums. Much of their touring in the US and abroad has been as openers for the likes of Mumford & Sons, Arcade Fire, Arctic Monkeys, Phoenix (in the fall), so to see the young quartet at the intimate Middletown venue will be quite the exception. I urge you to purchase tickets here before the show sells out (which it will).

For those unfamiliar with The Vaccines listen to a few tracks below (courtesy of SoundCloud).

Email ThisBlogThis!Share to TwitterShare to FacebookShare to Pinterest
Labels: casbah, The vaccines