It is incredibly difficult to be celebratory about the weekend when such horrible tragedies transpired across the globe and it is hard to not relate and feel especially affected by Paris when you imagine the horror at the Bataclan, a theatre about the size of the Observatory, and the death of the merch manager, Nick Alexander, who died doing a job I do dozens of times a year. It is easy to feel sheltered from such a terrorist attack, but the reality is 30,000 people are year are killed by guns in the US, so we should be worried every single day that another lunatic will snap. There are a million people more eloquent than I and there's also a lot of scum to filter through in the wake of such a tragedy, so all I really feel we can do is live on, be the best people we can be, and be the love and peace we want to see in this world. In spite of the weekend tragedies, both manmade and natural (Paris, Beirut, Brazil, Mexico), life did go on here, as San Diego Music Thing brought epic performances to our corner of the world. I was able to catch Greg Graffin's keynote on Friday, and performances by Matt Vasquez, Beach Slang, Ilya, and the Album Leaf. On Saturday I caught L7 and Joy Formidable, Subsurfer, Here We Go Magic and In The Valley Below. Sunday was a work and sleep day as I tried to recover from a busy week and also fighting off aches and pains that feel like I'm coming down with something. Monday through Wednesday archives are after the jump. 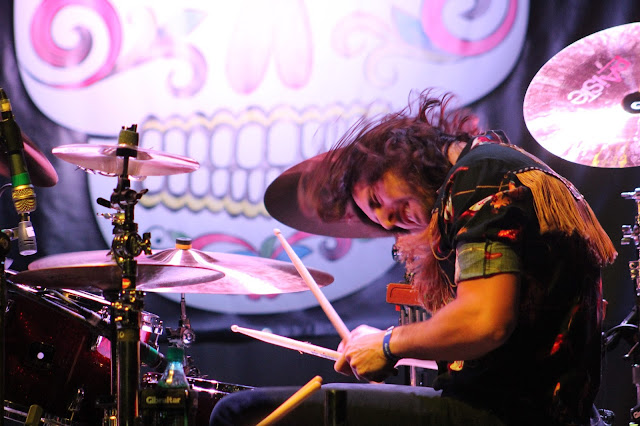