I don't know about you, but I had an incredible weekend. On Thursday night, Of Montreal played an amazing show at the Irenic and then I caught singer-songwriter David Ramirez at Soda Bar. It was the first Friday in ages that I didn't have to be anywhere specific and Nova was with us, so we had dinner at Phil's BBQ and then walked around Old Town and then did an evening tour at the Whaley House, which would've been fine if the docent didn't taunt Nova with, "How will you sleep tonight?". At her bedtime, I went to Leon Bridges which was a pretty incredible performance, but then came back home after because North Park on Friday night feels like the Gaslamp. On Saturday we went to the Mesa Rim Rock Climbing Gym grand opening which was awesome. It was busy so we never got harnesses, but Nova and Johanna got a kids one to share and Jo climbed all the way to the top of the 55' wall. Nova went off with my sister for an overnight so that Darren and I could go to the San Diego Brewer's Guild Beer Festival at the Port Pavilion. We got a nice afternoon nap in after that, and then I went to Soda Bar for Gill Landry and Stelth Ulvan and then Sunday was just kind of a catch-up-on-work day as Nova spent time with her mom and then we went to the Irenic for Jordan Krimston's surprise 18th birthday party. This week there are a ton of shows, including the San Diego Music Thing which is definitely something I'm looking forward to. Monday through Thursday archives are after the jump. 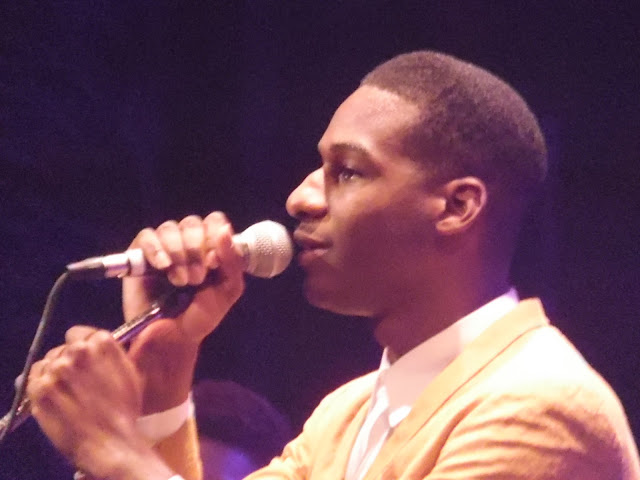