Contest: Win Tickets For Ellie Goulding at The Casbah 4/16 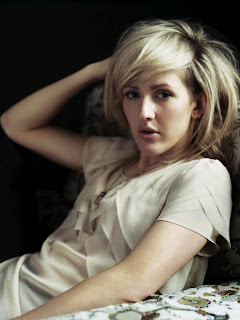 This Saturday night, Ellie Goulding is performing at the Casbah, and the the show sold out faster than most in recent memory. The bonus is the 225 capacity Casbah is one of the smallest of the tour that has sold out in every stop.

I've got one pair of tickets to giveaway, and since I'm at the San Diego Zoo Safari Park posting this, send me the name of an animal that is native to the home country of Ellie. Send your name, phone number, and mailing address (these are hard tickets that will be sent to you) to rosemary at sddialedin dot com. The show is 21+. I'll randomly pick a winner at the end of my Safari adventure.

Some more about Ellie from the press release:

Ellie recently released a special US version of her debut album "pipiLights" via Cherrytree Records. The album went to #1 in the UK, and the single "Starry Eyed" has over 13 million views on YouTube. The New Yorker called her "the future of music" and the Los Angeles Times raved, "her set seemed to cement her pop bona fides." "She can reel off some powerful drum and guitar chops and her voice is a serious and sure instrument in person." She recently released a video for her title track "Lights", check that out here: http://www.youtube.com/watch?v=0NKUpo_xKyQ
Sent via BlackBerry by AT&T
Posted by Rosemary Bystrak at Tuesday, April 12, 2011