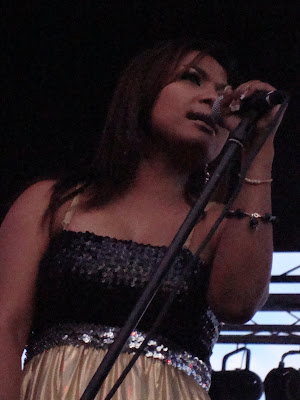 One of the most interesting bands to form in Los Angeles, Dengue Fever brings its Cambodian flavored indie rock to The Casbah next Friday. I reluctantly regret never having seen the band perform live. That will change when the six piece group fronted by Chhnom Nimol hit the stage to promote their recently released full length Cannibal Courtship. The album consists of vocals in both Khmer and English, with songs filled with lush harmonies and a beautiful instrumental piece as well. The result is the most accessible album to date, which hopefully will draw new fans to the band. Formed in 2001 by brothers Ethan and Zac Holtzman after a trip to Cambodia, the odd sound of a Cambodia rock band in America is nothing short of remarkable. The growth of the band is clearly evident with each subsequent album. In short, catch one of LA's best under the radar groups before the rest of the world finds out how great they really are. The Friday night show will be a great way to kick off the weekend.

Watch a video of Seeing Hands below.