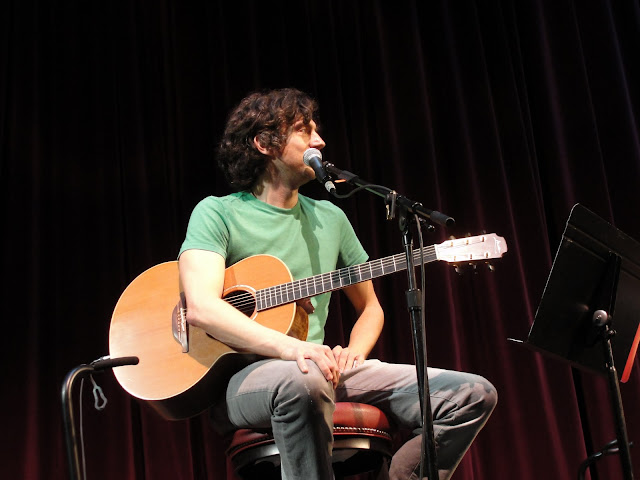 I pressed the snooze button (or so I thought) and woke up two hours later to realize I almost missed Snow Patrol. Radio Sophie was hosting Sophie's Lounge with lunch at West Coast Tavern and an acoustic performance by half of Snow Patrol in the Birch North Park Theatre. Don't you love the era we live in? I mean, I got home about an hour and a half ago and already have the videos for you to watch. One day, that's going to seem like forever, like early fax machines, but for now, I'll take it.

The band is doing a small radio-station only promotional tour for Fallen Empires, their newest record that will be released stateside on January 10, 2012. The record is fantastic (available in the UK and thus all over the interwebs), and you can pre-order it now. The band will start touring mostly the UK and Germany in January and February and should be in the U.S. sometime in March/April. 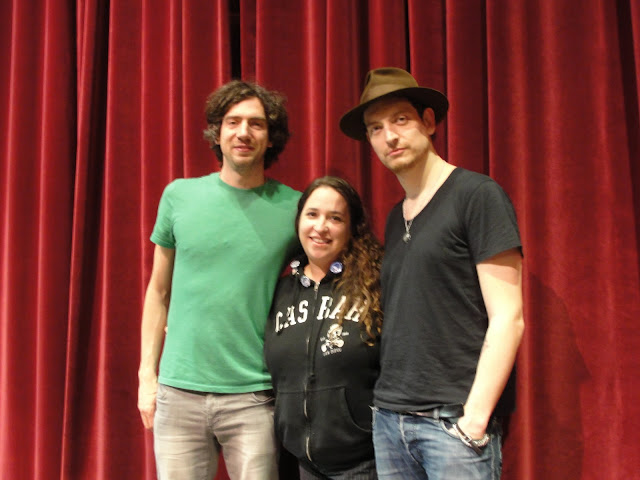 As a promotional event, the band was only going to play three songs from the new record, but instead played a couple older songs, too. I really wanted to hear "Chocolate" but I think that predates most radio airplay. All of the videos are below in a playlist and will play in order of the performance.

Thanks again to everyone for this, especially David at West Coast Tavern and Mookie at Radio Sophie. This one was beyond words for me.