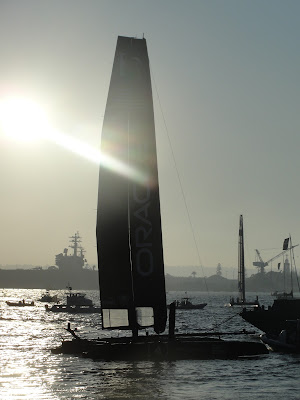 I realize that for the number of shows I attend, I sometimes really suck about posting about the things I go to after the fact.  This was just going to be a rant about Monday, but I realized there was a lot of cool stuff in the last week, so I'll save the bitching till the end and try to get back in the routine of writing my diary posts. This is gonna be a long post, so check it after the jump.

Rewind to Wednesday. I was up early to get some work done before our Casbah meeting. (I have 2 dates to book in December if you need a local show). After the meeting, Pyles and I went to America's Cup which is when I wrote this post then I hung around to watch Agua Dulce. I met up with Jeff and we went to dinner at Hodad's before Anthology. We had time to kill, so we had a quick drink at El Dorado before heading over. Good Old War was as fantastic as expected, and they played a lot of new material that should be released on their next record sometime in the spring. Of course, they played all the great songs that everyone sings along to.  We were sitting in the back bar, but I kept slyly hanging out by the sound guy to get a better listen. 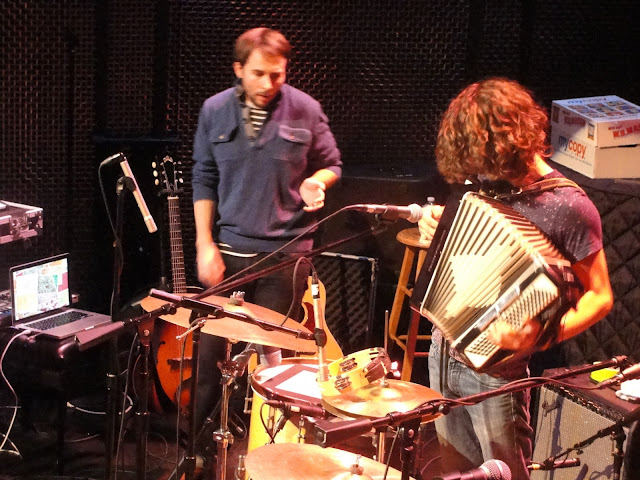 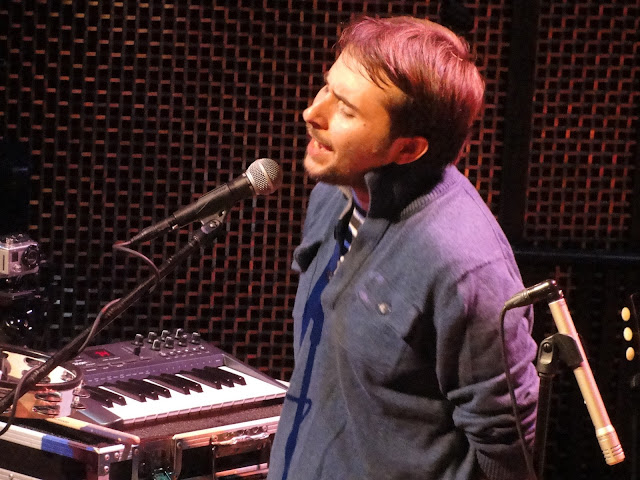 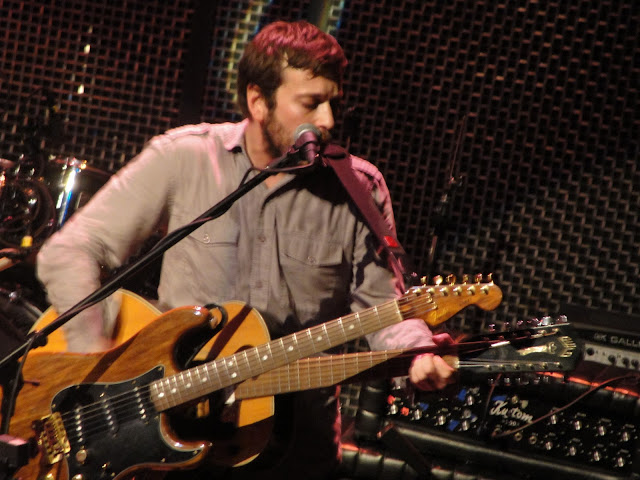 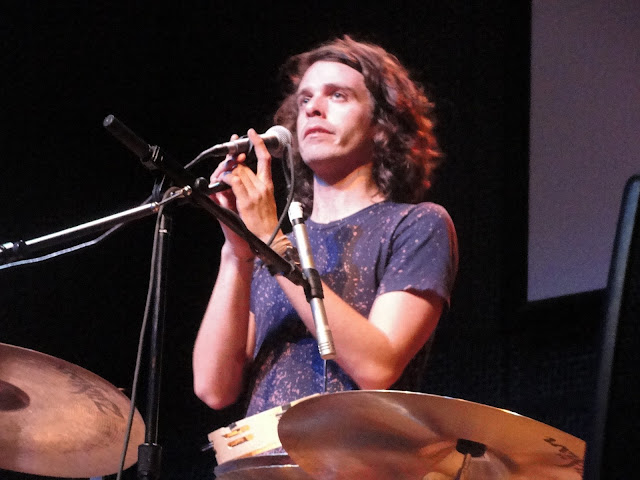 After Anthology, we went to the Capricorn Studios CD party at The Griffin for a few quick drinks, to say hi to friends, and to check out the music for a bit before going to the Casbah for The Static Jacks who were awesome despite the tiny crowd there to see them. Overall, it was a good night. 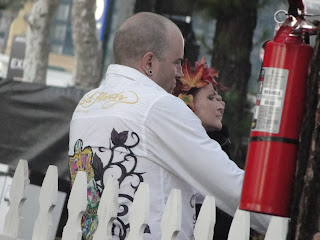 This is a total side tangent, but I watch A LOT of reality TV and on last week's Real Housewives of Beverly Hills they finally started dealing with Taylor's abuse by her husband (who committed suicide after filming had ended for the season). That said, I was at America's Cup and watching this guy from afar. Admittedly I was being judgy, taking photos because I didn't know people actually wore Ed Hardy. In my stereotype, the guy was already a douchebag. When I left, he proved me right. I was standing on the corner as he and his girlfriend screamed at each other. He was upset that she was staring at dudes, her side was that she was just looking around at an outdoor event and wasn't checking anyone out. Then he said, "If I fucking see you stare at one more guy, I swear to God, I will punch you in the face." The girl was crying, said she couldn't take anymore, and took off across the street as he stormed off in the other direction. It left me sickened. Now I'm glad I took the photo.

On Thursday, my friend Chase and I had made quasi-plans to get lunch, but by the time we linked up, it was already past 3, so I suggested we get some sandwiches at Mona Lisa, then eat at the Harbor as we watched the America's Cup races. The weather was much gloomier than the day before, but it was nice to hang out on the old pier. Unfortunately, that pier didn't have the PA, so we had no idea what was happening, but it didn't really matter. We stayed after the races for the concert series and watched Pigeon, Black Hondo, The Donkeys, Little Hurricane and part of The Silent Comedy. I pulled some strings and got some VIP wristbands, so for the last portion of the night, we were enjoying free Moet & Chandon (otherwise priced at $19 a glass). 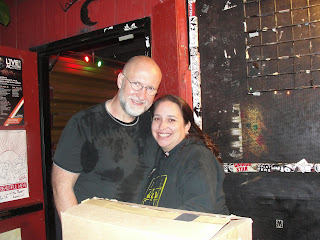 I had to leave in the middle of The Silent Comedy's set to get to the Casbah where I was selling merch for Bob Mould. He was super nice from the get go and after performing his solo set  mixed with a book reading, he stayed and signed merch until the very last person left the club.  I was in a happy place which generally means poor decision making, so though I should've just gone home, after I was dropped off, I walked to the Ken Club for last call. A couple friends came over after that and by the time they left around 4 am, I was wiped.

On Friday, I met back up with Chase and we hung posters for December 2 show at the Irenic all over North Park for a couple hours before I went to dinner with Jeff at Blue Water then to the Dylan Leblanc show at the Casbah (which I've already gushed about) and then went up to Tin Can for Joanie Mendenhall & John Meeks, Matt Curreri, Count Fleet and The Western Set. Tin Can was a good time for sure and it was nice to see so many of my friends there hanging out. We even popped into SRO for a shot. I slept really well that night. 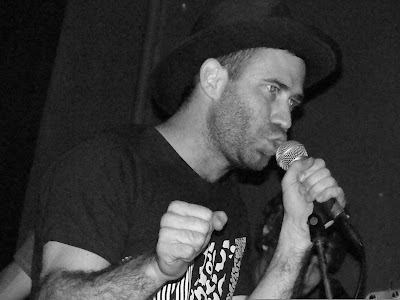 This post is so boring, I'm actually boring myself so I'll get through this. I went to more awesome shows...on Saturday I went to the Ken Club for Dead Feather Moon, Holy Rolling Empire and Old Tiger after spending the day couching. On Sunday it was more of the same before seeing David Dondero and International Dipshit at the Casbah playing during the pouring rain. Both awesome shows and super fun times with friends. 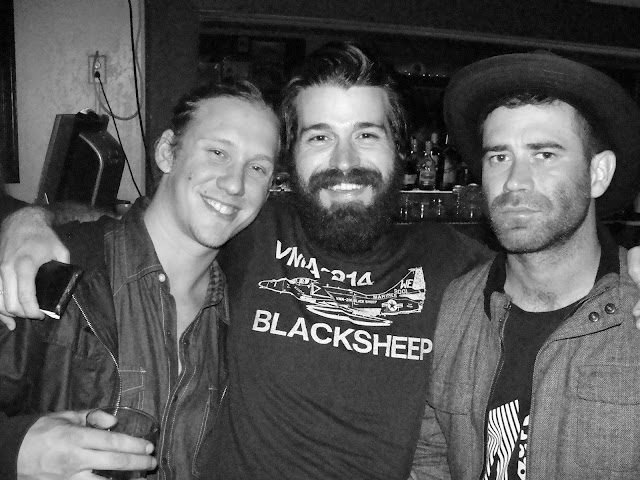 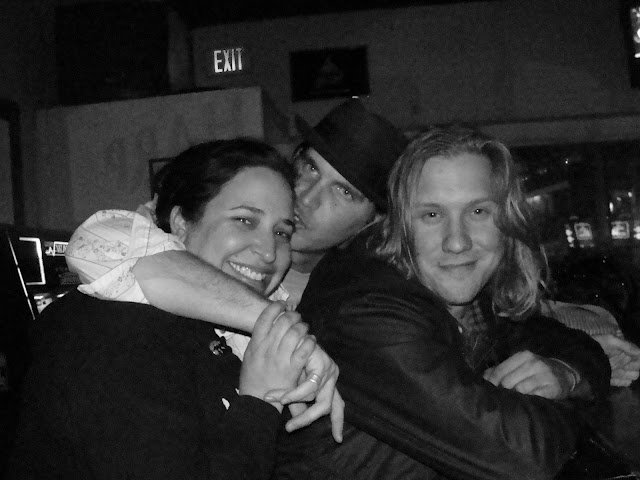 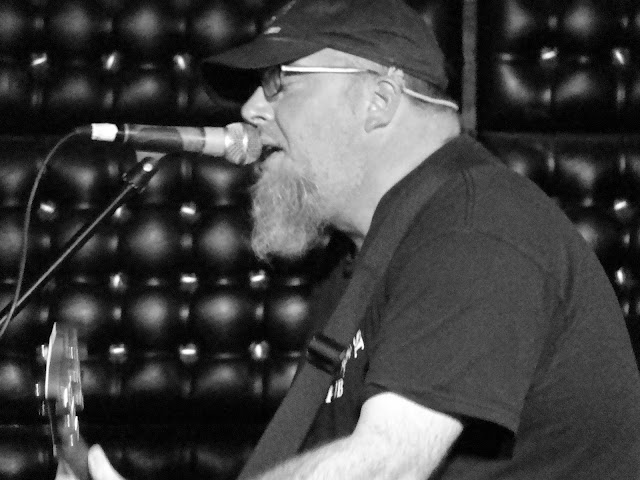 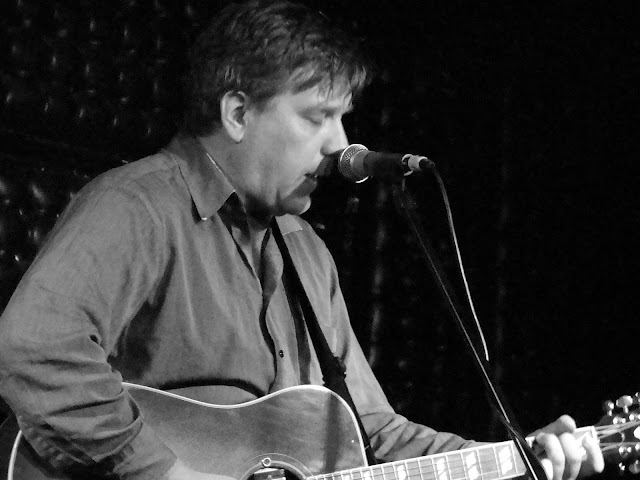 So finally, we're to Monday. I recently decided that Mondays are my day off. I try to keep my emailing to a minimum, submit my work to NBC, and then let myself totally veg out. At some point today, a friend told me about a free Thanksgiving dinner at Taste and Thirst. I had never been there before and the promise of a dinner and hosted bar sounded good, so Jeff and I went downtown around 6. There was some guy at the door telling us that the bar is half off food and drinks for happy hour, but it looked empty and he didn't mention the party, so we ended up eating at the Lincoln Room instead. We went back to Taste & Thirst where they did have the free food, but as we watched football, a DJ set up and started playing horrific music and we were out the door. We went to the House of Blues and got there a little after 8, only to find out that Sharon Jones and the Dap-Kings weren't playing until 9:30. On top of that, I had a photo pass and there was no photo pit. It was fine, but I just felt like I maybe shouldn't have killed 3 hours of productivity by getting downtown so early. I was able to take some photos but after the first hour of the set, moved toward the back of the venue.

So here's the ridiculous thing that happened. I went to the bathroom. In the stall, someone had left a drink on top of the toilet paper dispenser, so when I unrolled the paper, the drink bounced off and landed completely upside down into the crotch of my jeans. What an idiot. Ice cubes and a vodka soda, all inside my jeans. The universe was telling me to call it a night, and so I did, and now I'm here telling you about it. Sometimes I should listen to my gut and just stay home. That will not be the case the rest of this holiday week. Here's hoping today was just a blip and the rest of the week is as good as I expect.
Posted by Rosemary Bystrak at Monday, November 21, 2011