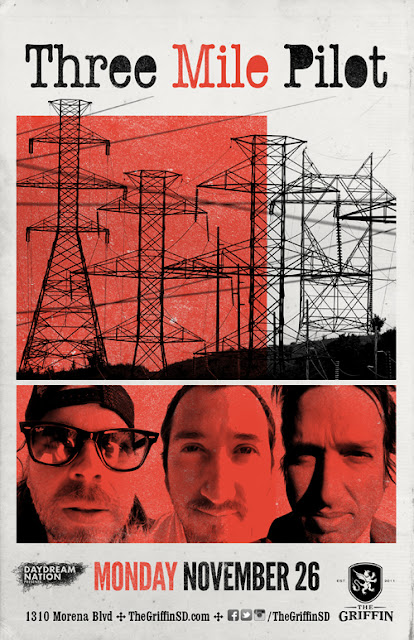 Monday nights are always pretty great here in San Diego because you can always trust the Tim Pyles has put something cool together for Anti-Monday League at the Casbah, but tonight you might want to switch things up a bit because Daydream Nation has returned to San Diego and is bringing some great shows including Monday night with Three Mile Pilot and Vampires. The show is $20 and when I spoke to Joe at the Griffin early on Sunday night, he mentioned that there were tickets still available but he expected the show would sell out with a walk up crowd. Why risk it? Just grab your tickets in advance and then you won't have to worry about it being sold out when you arrive. If you're one of the lucky ones with a Black Card, they'll be honored for tonight's show. Me and D will be there and you should be, too!!
Posted by Rosemary Bystrak at Monday, November 26, 2012