I have to say that I kinda had the coolest Wednesday night ever. I haven't been to the San Diego Opera in a few years, and if I remember correctly, the last show I saw was an early Saturday matinee with Robin Roth who had to keep shaking me awake as I was falling asleep from a very indulgent Friday night. Probably no coincidence I hadn't been invited back in awhile. But this time around, the new social media guy reached out and it was an offer too good to refuse: it was a dress rehearsal which means, it's okay to take photos! and it's okay to be on your phone! and you can live tweet if you want! and you can come and go as you please! and we don't even expect you to stay the whole show! and there's only like 30 people in a room that can hold 3,000!

Needless to say, it was a win in every way possible. On top of all that, the show was Tosca, an Italian opera...to me the most beautiful language to experience opera and I like to feel like little miss smarty pants since I took a year of Italian in high school, so there are some long dramatic segments where I didn't have to read the subtitles. Hooray me. 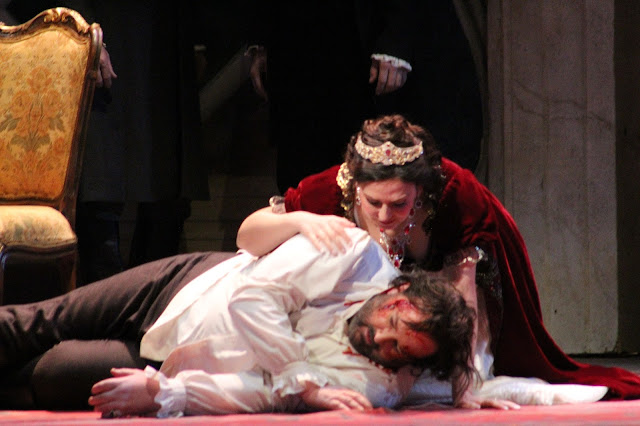 I'm super under the gun with deadlines and stuff, so in true Rosey fashion, I had my laptop and was working every moment I could before and between acts. I was watching the "real" media people and they actually have these giant lapboards that rest on the row in front to make for a workspace. I aspire to one day be one of those people...instead of blogging at home to Real Housewives of Beverly Hills, I'll be sitting there with my laptop as I'm hearing the most beautiful singing in the world accompanied by the amazing San Diego Symphony. Another super cool thing, since it was a dress rehearsal, was that there were moments when the musicians were corrected by the conductor, or the performers had to return back to their marks to pick up on a scene and do it over. It was really one of the coolest things I've experienced in a long time. Without further ado, here are some of my photos of the amazing Tosca (after the jump. Spoiler Alert!) 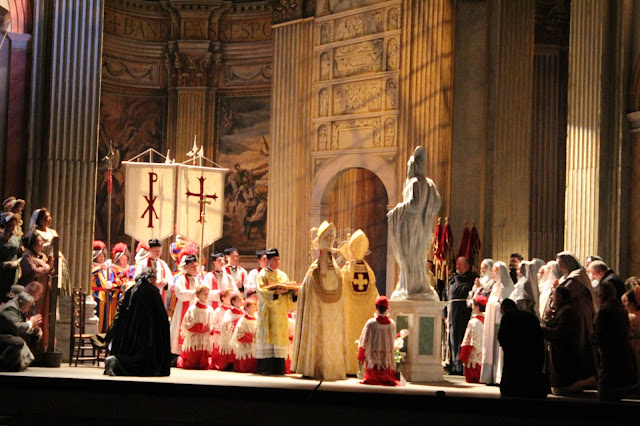 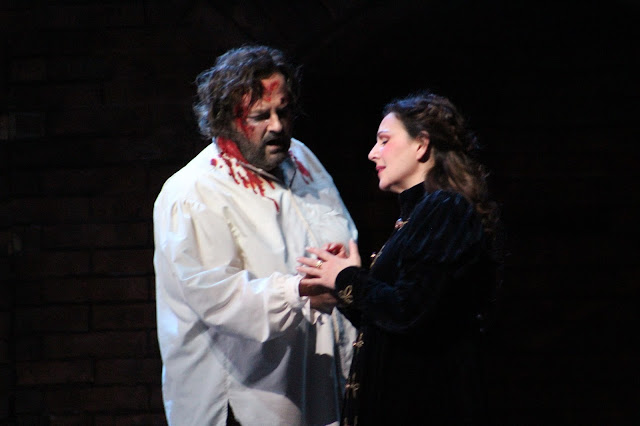 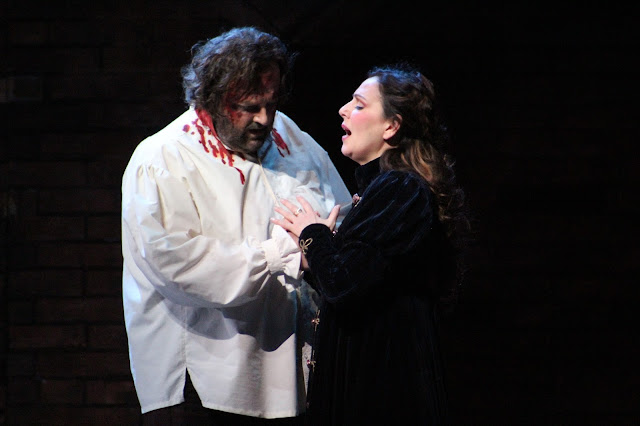 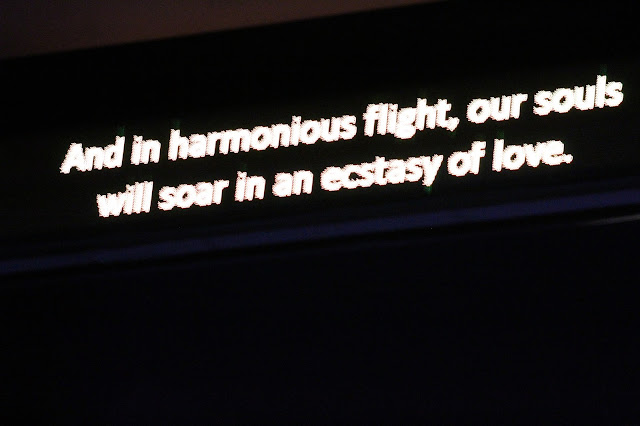